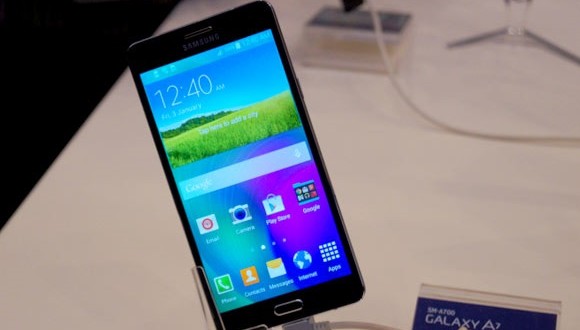 Finally, the Samsung Galaxy A7 is official and it is the thinnest phone the South Korean company has ever made

Samsung Galaxy A7 officially announced, the thinnest Samsung phone ever

The Samsung Galaxy A7 has been officially revealed today in Malaysia and the anticipated device is living up to expectations. Even though Samsung omitted mentioning the release of the device at its CES 2015 event yesterday and we thought that it just wasn’t the time for it, it seems the company has indeed finished the handset and is ready to launch it. The one downside of the whole matter is that you can’t buy the Samsung Galaxy A7 outside of South Korea just yet.

But if you live in the country, you might just become the owner of the latest Samsung device starting January 14, and you will be able to buy it for $400. The Galaxy A7 currently occupies the spot of the thinnest Samsung phone ever made, measuring only 6.3 mm in thickness, which is very close to the thinnest phone every. Even though its size isn’t that big of an improvement of the Galaxy A5, Galaxy A3 and Galaxy Alpha, off of which it is based, it still can be considered a nice variation and fans of thin phones will certainly love it.

As we reported a few weeks ago, the Samsung Galaxy A7 does feature a metal body and caters to those looking for a premium phone outside of Apple stores at the moment. The A7 is the largest in the A-line, sporting a 5.5 inch display with a 1080*1920 resolution. That Full HD display is powered by an octa core Snapdragon 615 CPU and 2 GB RAM, featuring 16 GB internal storage. Even though we would have liked to see Android 5.0 Lollipop on the handset, we only get Android 4.4 KitKat with the appropriate TouchWiz on top, which is not bad at all. When it comes to the camera setup, the Samsung Galaxy A7 features a 13 MP shooter on the rear and 5 MP shooter on the front. The whole thing is powered by a 2600 mAH battery, which seems a bit small for such a large display.

Even though the Samsung Galaxy A7 doesn’t bring anything new to the tablet aside from the metal chassis, its pricing is rather competitive and might become a good crowd-favorite for phablet and premium smartphone enthusiasts. Otherwise, the mid-range specs, small battery and uninteresting features make it just a part of a large line-up of mid-range bordering smartphones in the Galaxy A and Galaxy E lines from Samsung. In spite of the fact that the company promised to tune the releases down a bit, we are not seeing less models being launched this year. 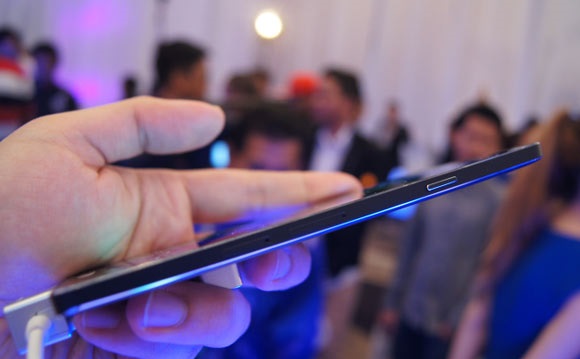 My life-long dream has been to test out every gadget on the market! Considering the fact that I've rapidly destroyed almost every gadget I've had so far, I'm not inclined to owning something, so my ideal outcome would be to have a different gadget each month. I'm really into smartphones, wearables and tablets and I love Playstation and Xbox, I'm sure I'll beat you at your own game (after a month of training... or two)
Previous OnePlus Two coming soon, but no OnePlus tablets in the future
Next Puzzle and Dragons Super Mario Bros Announced