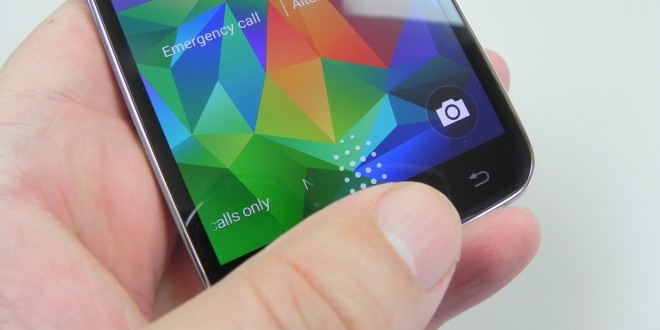 The Galaxy S5 wasn’t the greatest release from Samsung last year, but it still is an up-to-date flagship that can be called a future-proof device. Despite the lack of style in its design, the flagship will still benefit from the latest updates for at least the next couple of years. The Galaxy S5 Android Lollipop update is finally rolling out, albeit it seems to be exclusive to the UK at the moment. Other regions in the world have also received the OTA, including Poland, Malaysia, Russia and Spain, but a U.S. release is still nowhere to be seen.

Naturally, Samsung and Google will send the new OS update to all Galaxy S5 devices around the world, but it seems that the UK is the first to receive the Lollipop treatment. People have been impatient for Material design ever since the new OS was first announced at I/O Google last year. Some GPe phones have already received the update, as well as most of the devices in the Google Nexus line. Even though Android 5.0 Lollipop is the most recent and best release from Google, it still comes with a few bugs of its own.

Android 5.0 Lollipop was especially criticizes on the Nexus 5 and Nexus 7, prompting the search engine giant to release speedy updates in the form of Android 5.0.1 and 5.0.2 to try and make these gadgets remotely usable again. Luckily, the Galaxy S5 Android Lollipop update isn’t quite as buggy and since Samsung tweaked it with TouchWiz, it should run pretty smoothly on the handset. Even though owners of the Galaxy S5 in the UK had hoped that they would get a newer build of the OTA, the version their devices received remains 5.0 LRX21T.

The South Korean company is already working on optimizing Android 5.0.2, but it seems that they decided to rollout Android 5.0 to the UK so that the Galaxy S5 can wait a few more weeks until the next update. The decision was probably made because if the company would have wanted to finalize and merge 5.0.2 with 5.0, the release would have taken even longer. Since people were so excited to get the Galaxy S5 Android Lollipop update for so long, they probably thought it would be best to honor these requests and have users enjoy Material Design early.

Android 5.0 Lollipop on the Galaxy S5 comes with the proprietary TouchWiz UI on top, so you won’t get rid of that just yet. Rumors about Samsung redesigning the UI for the upcoming Galaxy S6 are up and about, so we might be in for a surprise in the next update. If you are hoping for Android 5.0.2, you will probably have to wait at least a month until it rolls out to the Galaxy S5. Until then, UK Galaxy S5 users can now enjoy Android 5.0 Lollipop. Oh and there’s still no word on when the update will hit the U.S.

My life-long dream has been to test out every gadget on the market! Considering the fact that I've rapidly destroyed almost every gadget I've had so far, I'm not inclined to owning something, so my ideal outcome would be to have a different gadget each month. I'm really into smartphones, wearables and tablets and I love Playstation and Xbox, I'm sure I'll beat you at your own game (after a month of training... or two)
Previous Top 5 highly anticipated RPGs of 2015
Next Galaxy A7 vs iPhone 6 Plus: premium features compared