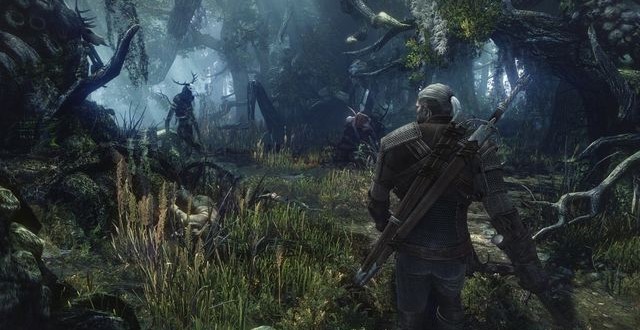 2014 offered some of the best RPGs we’ve had in years and we’re all very grateful for that. That said, now it’s time to look to the future and see what this year can bring to the table in terms of role-playing games. Whether we’re talking about highly anticipated sequels to already acclaimed games or brand new IPs that promise to have a meaningful impact on the genre, this top 5 list will give a small taste of 2015’s best RPGs. We’re not discriminating when it comes to platforms so you’ll find both PC and console games here. We will, however, only include titles that are confirmed to launch in 2015, even though some may not have a specific release date. Without further ado, here’s our list of top 5 highly anticipated RPGs of 2015.

This fantasy RPG really brings me back. Anyone who played Bioware classics like Baldur’s Gate, Planescape: Torment or the Icewind Dale series will immediately be filled with nostalgia upon seeing Pillars of Eternity. Developer Obsidian Entertainment is building a spiritual successor of sorts here, complete with fixed isometric view and party-based gameplay. However, the story and the setting are fresh and the combat mechanics do no follow the D&D rules like the aforementioned titles. Also worth mentioning is that Pillars of Eternity is being built using the Unity engine, so don’t worry about the visuals because they’re much better than what we had back in the 90’s. In other words, we’re looking at a brand new IP that wants to prove it can stand tall on its own while also attempting to bring back some of the elements that made RPGs of old so incredibly good. I’m a bit skeptical about its chances of success among the current generation of gamers, but it definitely deserves a place on this top 5 list. Pillars of Eternity comes out for the PC on March 26th.

We’re changing gears from the PC over to the Wii U with another spiritual successor in the form of Xenoblade Chronicles X. Co-developed by Monolith Soft and Nintendo SPD, this game looks almost too good for the hardware it was built with. I think that even those who question the Wii U’s capabilities would agree that Xenoblade Chronicles X is a very pretty game. But that’s not the only reason why it’s on this top 5 list. The spiritual successor to the original Xenoblade Chronicles also brings new mechanics to the table and puts even more emphasis on open-world exploration. Add to that a complex character customization, a deep story, and a game world that promises to be bigger than anything you’ve ever seen on the Wii U, and you have the formula for a really promising title here. Nintendo also mentioned something about “online elements” but didn’t go into too many details, so well just have to wait and see. Xenoblade Chronicles X comes out on April 29 in Japan. Gamers in Europe and the US can expect to see it at some point shortly after.

3. The Elder Scrolls Online for consoles

Some might be surprised to find an MMORPG on this top 5 list, but The Elder Scrolls Online is undoubtedly one of the most highly anticipated games of the year for many Xbox One and PS4 owners. Although the game originally came out for the PC back in April of 2014, the console versions are still nowhere to be seen. This will change a bit later this year however, and I really hope that it will be worth the wait. Zenimax claims that the development process took so long because the Xbox One and PS4 versions will not be just ports of the PC. Presumably, the upcoming versions will feature quite a few changes to the interface in order to be a little more controller-friendly. Aside from that though, there shouldn’t be a whole lot of differences overall. A few gameplay improvements wouldn’t hurt, but we’ll just have to wait and see. The Elder Scrolls Online is scheduled to hit the Xbox One and PS4 in early 2015. There is some indication that February 24th could be its release date, but Zenimax has yet to confirm this.

The latest title in the spectacular series of action RPGs created by From Software, Bloodborne takes the successful formula of Dark Souls and puts its own spin on it. I find this to be one of the most promising looking new IPs of 2015 and I know that many other RPG lovers are also of the opinion. This title combines the developer’s already infamous dark themes and punishing difficulty with improved visuals, new mechanics, and a new epic story line. Just like its predecessors, Bloodborne will not be for the faint of heart, but gamers that love a challenging and at the same time rewarding experience will undoubtedly have a field day with this one. Bloodborne could have been number one on this top 5 list if From Software would have made it a cross-platform title. As it stands, only PS4 owners will have the chance to play this game when it comes out on March 24th.

The third and final installment in the highly acclaimed RPG series developed by CD Projekt RED, The Witcher 3: Wild Hunt tells the epic conclusion of our favorite gray-haired monster hunter, Geralt of Rivia. There are plenty of reasons why this game sits at number one on our top 5 most anticipated RPGs of 2015 list. The first two games have already been very good, but this one is looking to be downright incredible. CD Projekt is going all out on this one with improvements across the board ranging from jaw-dropping visuals to an absolutely massive open-world jam-packed with interesting quests and fearsome monsters. Naturally, you can also expect the same excellent storytelling we’re already used to from the Polish developer. The Witcher 3: Wild Hunt is scheduled to be released on May 19th for PC, PS4, and Xbox One.

I’m Load The Game’s co-founder and community manager, and whenever I’m not answering questions on social media platforms, I spend my time digging up the latest news and rumors and writing them up. That’s not to say I’m all work and no fun, not at all. If my spare time allows it, I like to engage in some good old fashioned online carnage. If it’s an MMO with swords and lots of PvP, I’m most likely in it. Oh, and if you’re looking to pick a fight in Tekken or Mortal Kombat, I’ll be more than happy to assist! Connect with me by email markjudge (@) loadthegame.com only
@@MarkJudgeLTG
Previous Choice of Robots will let you determine the fate of A.I
Next Galaxy S5 Android Lollipop update sent to the UK, still just 5.0 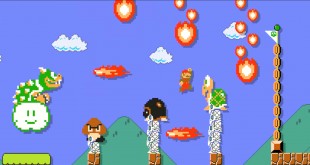 The Nintendo E3 Digital Event is my personal favorite part of E3, and Nintendo’s digital ...