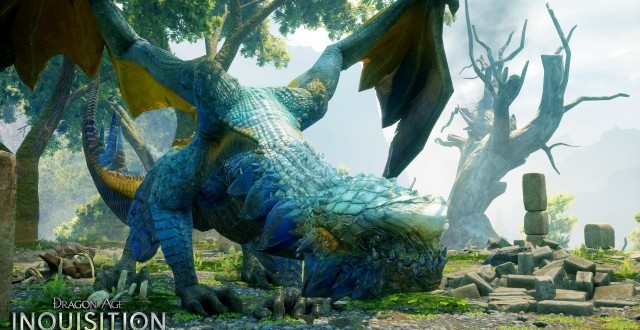 Dragon Age Inquisition is a pretty massive game that comes with the inevitable bugs and glitches that are all too common when it comes to open-world RPGs. That said, Bioware managed to launch this particular RPG in a relatively bug-free state, which can almost be considered an achievement seeing how a lot of games are nearly unplayable at launch these days. But the folks over at Bioware are not planning on sitting on their hands just yet and have already been working on a new patch for some time now. This third patch will bring with it even more bug fixes and improvements to Dragon Age Inquisition once it goes live, which should be “soon” according to a recent update on the company’s blog.

Patch 3 is mostly aimed at fixing many of the progression-blocking bugs reported by players in single player, but the multiplayer component will also get a bit of love. If you’re already playing Dragon Age Inquisition, chances are that you’ve experienced (or at least heard about) that annoying bug which silences companions for long periods of time, or even indefinitely in some cases. Bioware previously stated that it had a bit of trouble replicating the bug in order to find a solution for it, but now it looks like the developers have finally managed to get to the bottom of it. All issues caused by this bug are expected to be a thing of the past once Patch 3 hits Dragon Age Inquisition.

Aside from that, you’ll also find bug fixes for a number of quests, exploits, AI, camera issues, and many more. The company also added some much-needed features for PC players, including the highly anticipated “key binding that allows walking for PC.” If you’re curious about what else will be fixed in Dragon Age Inquisition check out the full patch notes here.

I’m Load The Game’s co-founder and community manager, and whenever I’m not answering questions on social media platforms, I spend my time digging up the latest news and rumors and writing them up. That’s not to say I’m all work and no fun, not at all. If my spare time allows it, I like to engage in some good old fashioned online carnage. If it’s an MMO with swords and lots of PvP, I’m most likely in it. Oh, and if you’re looking to pick a fight in Tekken or Mortal Kombat, I’ll be more than happy to assist! Connect with me by email markjudge (@) loadthegame.com only
@@MarkJudgeLTG
Previous Life is Strange is aimed at a Telltale and Heavy Rain audience
Next iPhone 5S battery drain causes and solutions

If you were hoping to continue your adventure in The World Ends With You: Solo ...