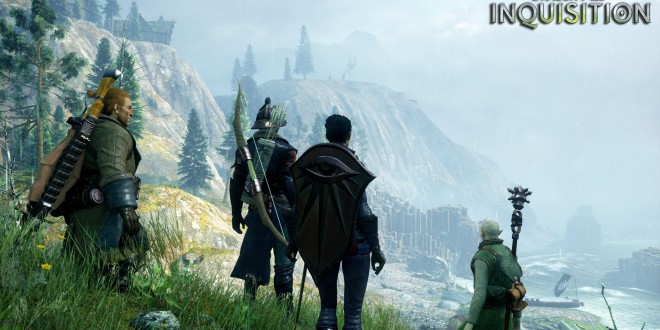 The DICE Awards 2015 convention and summit has taken place in Las Vegas from the 2nd to the 5th of February. The Academy of Interactive Arts and Science, host of the event, announced through twitter that Dragon Age: Inquisition was named Game of the Year 2014. Released in November 2014 and despite a not-so-successful launch, the game quickly climbed the ladder to success becoming one of the most played and streamed titles for the last three months. The game has received an array of awards including the GLAAD Media Award for Special Recognition and The Game Award for Best Role Playing Game. The win was unexpected as the game was only nominated for two of the DICE Awards 2015 available prizes: GotY and Role-Playing/Massively Multiplayer Game of the Year, which the title also won.

Thank you again to everyone for watching the #DICEAwards/#DICE2015 & congrats to our winners. We're eternally grateful for your support!

The Dice Awards 2015 convention took place at the at The Hard Rock Hotel in Las Vegas. The Academy of Interactive Arts and Science is composed by publishers, developers and members of the Independent Game Developers Association. A few key figures in the game industry were also celebrated during the event including Pong creator Allan Alcorn and the “father of videogames” Ralph Baer, known by that name due to his continuous efforts and support to the newborn industry back in the latter half of the 20th century. A full list of the nominees, as well as all of the winners at Dice Awards 2015 can be found on the Academy of Interactive Arts and Science’s official twitter feed.

Alessandro is a languages and literature student and gaming enthusiast. Long hair and a bushy beard, he spends most of his time on romantic dates with fascinating old tomes. In his free time, he follows and comments the gaming community while playing games. You can follow him on twitter to see what he's up to.
Previous Nintendo will offer more low-cost products
Next Warhammer: End Times – Vermintide announced