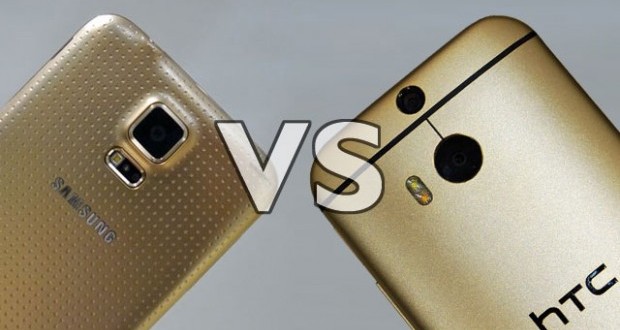 Galaxy Note 5 vs HTC Hima Ace Plus: how will future phablets look like?

The Samsung Galaxy Note 5 and the HTC HIma Ace Plus are two phablets you probably haven’t heard much about. Nowadays the hype is all about the Galaxy S6 and the HTC One M9 Hima since they are the flagships we most expect to see at MWC 2015, aside from the LG G4 of course. Since Load the Game is all about the future, we like to dig up rumors as well as leaks about any forthcoming device that is even close to being real. In this comparison, we will be introducing you to all that we (think) we know about the Samsung Galaxy Note 5 and the HTC Hima Ace Plus, emphasizing the biggest possibilities as well as things that are expected by many to be seen on future flagships.

Since we are definitely getting into the phablet trend, we expect flagships of the future to come in large form factors that can cater to people who don’t want tablets, but don’t want small phones either. The Galaxy Note 4 was quite the device to wonder at, with excellent stylus integration, a large QHD display as well as great processing power and battery management. Now the Galaxy Note 5 should be even better, as successor don’t usually decrease in specs, hardware or features as time goes by. The HTC Hima Ace Plus should be the larger, phablet-version of the HTC One M9 and was leaked online a couple of times in spec sheets and render images. 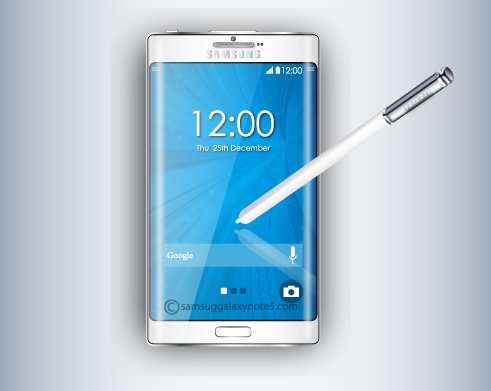 The Galaxy Note 5 is rumored to be among the first smartphones to actually come with a 4K display, which in many people’s opinion is a redundant, power0=-consuming feature that cannot be taken advantage of just yet. I tend to agree, because we have few apps and games that actually take advantage of such a high resolution. If you are inclined to say that the display will be brighter and better, I’m sorry to disappoint you, but you won’t be able to tell de difference between a QHD and 4K display because the human eye cannot sense pixel density above around 350 ppi (that’s pixels per inch). Regardless, the Galaxy Note 5 shouldn’t surface earlier than Fall 2015, so we might be surprised by at least some new advances in apps and games that can really use that high resolution. 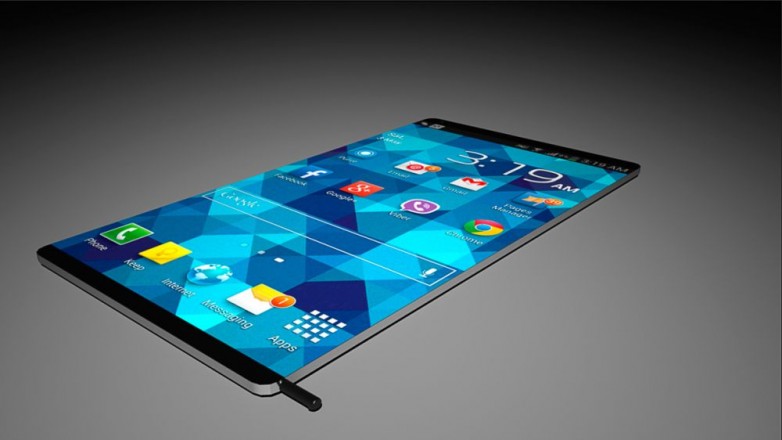 Since the Note 4 came with a 5.7 inch display, we expect its successor to bear a display at least 6 inches in size, if not larger. At the same time, its design should come with a good screen to body ratio, meaning less bezels and even some sort of edge display incorporated, as seen on the Galaxy Note Edge. If Samsung decides to keep traditions in place, we should most likely see a heart rate sensor, fingerprint sensor, blood oxygen sensors, UV light sensors and the whole shabang. A stylus should also accompany the phablet, but a new technology similar to AnyPen from Lenovo is more likely, seeing as people would rather use their own pencils than a dedicated stylus they need to pay for if it is lost or damaged.

If we were to guess, we would pinpoint the Galaxy Note 5 release date for September 3, just ahead of the IFA 2015 kick-off on September 4. There are people who are saying that we might see the Galaxy Note 5 earlier than in the Fall, but that is an unlikely development since Samsung has other plans for MWC and for the Summer, including new wearable devices, the Galaxy S6 and the Galaxy S6 Edge as well. The camera setup should be innovative, too, with at least a 21 MP shooter on the rear and an 8 MP one on the front, naturally equipped with optical image stabilization, maybe laser autofocus and some neat features of which we might not know about yet. 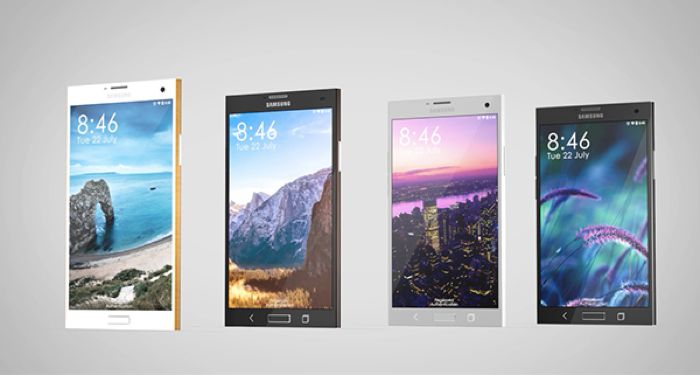 The HTC Hima Ace Plus is a closer affair on the other hand, rumors saying that it might accompany the HTC One M9 at the March 1st launch just before MWC 2015 kicks off. As with the Note 5, the Hima Ace Plus will follow in the lines of current phablets like the iPhone 6 Plus and the Motorola Nexus 6 and will probably be in the phablet category once it is unveiled. The Hima Ace Plus will be the successor of the One Max and will come with a 5.5 inch display that will sport a QHD resolution, much like the LG G3 and similar to the Galaxy Note 4.

The Hima Ace Plus will also benefit from a design overhaul, according to rumors, HTC choosing a bezelless design similar to what we’ve seen on the Sharp Aquos Crystal and Sharp Aquos Crystal X. LG is also working on bezelless displays for the LG G4 which come with virtually no bezels on the side and slim bezels on the upper and lower body of the phone. HTC should come with the latter design variation as the non-conventional front-camera placement on the Aquos Crystal might not sit well with users. When it comes to hardware, the Snapdragon 810 is most likely to surface on the Hima Ace Plus, just like with the rest of the upcoming flagships and phablets. 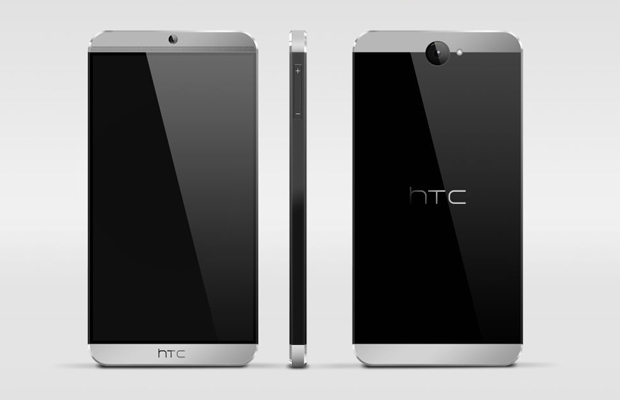 3 GB RAM and at least 64 GB internal storage should be featured on the phone, but it is possible that HTC goes with the larger storage option Apple has chosen for its 2014 flagships or even larger. It would be an appropriate choice especially if the Galaxy Note 5 comes with similarly huge storage options. All that should be backed up by a 3,000 mAh battery according to rumors, but we do expect something much larger in the lines of 4,000 mAh seeing as the massive display will ask for a lot of power and great power management. Naturally, a 20 MP camera should be sitting on the rear while a 4 or 8 UltraPixel shooter should be adorning the front.

Other rumors say that the HTC One M9 Hima will come on its own to MWC, stating that the Ace Plus should be ready for a September or October launch, HTC pitting it against the upcoming Galaxy Note 5 and maybe the rumored iPhone 7 or 6S. If that is true, next Fall will be the season of phablets and we are curious to see which takes the lead and which company comes up with the best variant. That is if people will still be fascinated with phablets and tablets keep their downward spiral ongoing until then. We might be surprised. In any case, we are curious to see if rumors about the Galaxy Note 5 as well as the Hima Ace Plus are true. 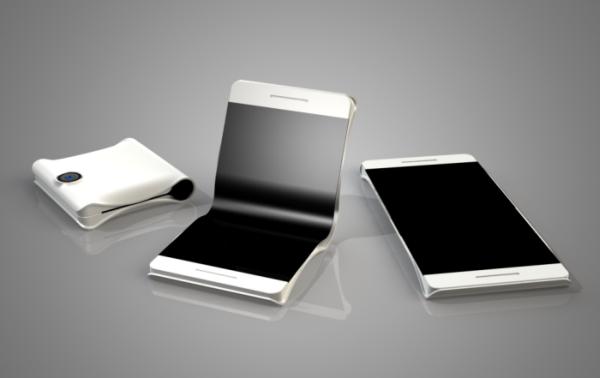 My life-long dream has been to test out every gadget on the market! Considering the fact that I've rapidly destroyed almost every gadget I've had so far, I'm not inclined to owning something, so my ideal outcome would be to have a different gadget each month. I'm really into smartphones, wearables and tablets and I love Playstation and Xbox, I'm sure I'll beat you at your own game (after a month of training... or two)
Previous Is Superman In Batman: Arkham Knight?
Next Samsung Galaxy S5 vs Samsung Galaxy Alpha – Conservative vs Bold