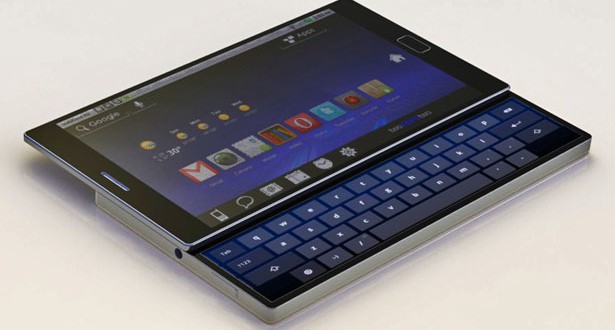 Microsoft is holding a big event tomorrow and sources say that besides the details we will be seeing about Windows 10 and its smartphone version, we might be surprised by some new hardware, too. Rumors say that the company is working on a phone-laptop hybrid, which should be another addition to the Microsoft convertible portfolio. We already have tablet-laptop hybrids in the form of the Surface Pro line, so why wouldn’t we have some innovative phone-laptop hybrids.

With this idea, Microsoft might be trying to tap into a new, emerging market in which people are looking for an all-in-one portable device that will fulfill needs of communication as well as needs of powerful computing. The addition of a keyboard to a smartphone takes our minds towards BlackBerry and the Passport or the Classic, but it seems Microsoft wants to take it a step further, judging by some reports (you need a subscription to access the full article) that have surfaced online. The assumptions are that the Redmond company wants to target enterprise users with a phone-laptop hybrid that would act much like BlackBerry phones do nowadays.

Since we don’t know too much about the laptop-phone hybrid Microsoft is allegedly planning to unveil tomorrow and haven’t seen any leaks or press releases hinting at it, our advice would be to take these rumors with a grain of salt. Nonetheless, it might be a good idea to provide enterprise customers with a phone that has full desktop functionality because it would be a marker for productivity and communication. We are excited about tomorrow’s event and hope that some sort of innovative device will be presented at the show. We would be content with a new Surface Pro or a new Microsoft Windows phone, but a phone-laptop hybrid would be over the top. The company hasn’t made any officials statements regarding hardware releases for the event tomorrow, but that doesn’t mean that a surprise is out of the question.

My life-long dream has been to test out every gadget on the market! Considering the fact that I've rapidly destroyed almost every gadget I've had so far, I'm not inclined to owning something, so my ideal outcome would be to have a different gadget each month. I'm really into smartphones, wearables and tablets and I love Playstation and Xbox, I'm sure I'll beat you at your own game (after a month of training... or two)
Previous The Division and Raibow Six Siege will suffer no other delays
Next MapQuest for iOS update brings enhanced navigation