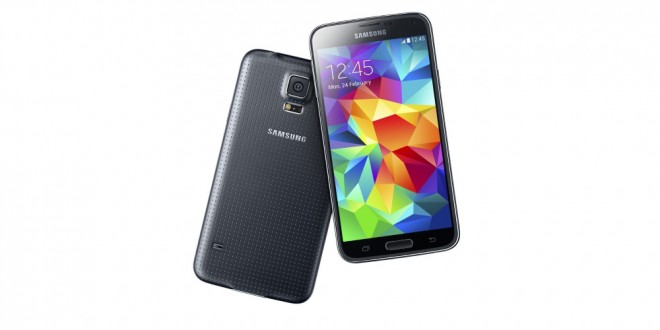 Galaxy S5, Galaxy Note 3 and Galaxy Note 4 owners at US Cellular might have been surprised to see an update on their phones this morning. Don’t get too excited, as we’re not talking about Android 5.0 Lollipop, just a minor OTA update that doesn’t affect the software version, leaving it at Android 4.4.2 KitKat for the time being. Nonetheless, the update comes with a few new features and it seems like US Cellular is preparing for a major update release next month.

US Cellular released the update late last nigh to the Galaxy S5, Galaxy Note 3 and Galaxy Note 4. The update comes with a new dialer, a better camera application and to Google services. Even though this update doesn’t modify too much, it brings a few improvements that might make some of the owners glad. The new Google Keyboard gets an overhaul and some new emoji characters, in case you use emojis when messaging or writing things.

Another notable feature the update on the Galaxy S5 and co affects is the Google Services branch. According to Samsung and U.S. Cellular, you will be able to search for nearby places and people in your Google Apps domain, as well as have OK Google enabled by default. Hangouts also gets SMS integration, which isn’t that spectacular since we could do it on the Galaxy S5 before manually. The most welcome feature the update brings is an upgrade to the camera app which now allows touch-to-focus with a few enhanced controls for exposure and focusing.

Much like Android Lollipop, US Cellular is rolling out the update in stages, so expect to see an update notification on your Galaxy S5, Note 3 and Note 4 soon enough if you haven’t already. Even though this is definitely not Android Lollipop, it does show that the carrier as well as Samsung are getting their devices ready for the imminent Lollipop rollout. Some Galaxy S5 owners in Europe have already received the Material Design treatment, so U.S. customers are anxious to get their own share of the Lollipop’s sweetness. Be patient, and think of it this way: better late than never.

My life-long dream has been to test out every gadget on the market! Considering the fact that I've rapidly destroyed almost every gadget I've had so far, I'm not inclined to owning something, so my ideal outcome would be to have a different gadget each month. I'm really into smartphones, wearables and tablets and I love Playstation and Xbox, I'm sure I'll beat you at your own game (after a month of training... or two)
Previous Watch the Super Bowl live online
Next LG L70 vs Moto G 2014: are cheap smartphones worthwhile?