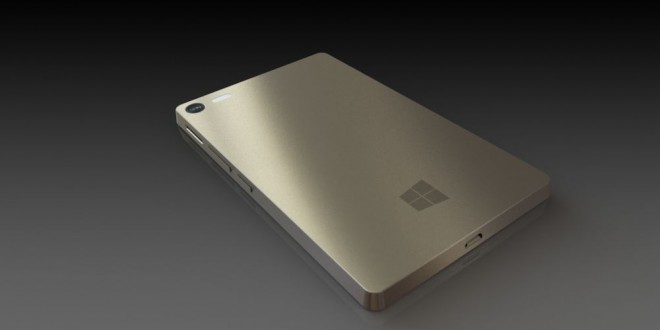 Microsoft and Qualcomm have announced that they would be working together to make a brand new flagship Lumia smartphone this year. According to the two companies, the new Microsoft Lumia phone will not only run on Windows 10 for phones once it gets launched, but it will also include a Snapdragon 810 CPU in its hardware. That alone warrants a pretty decent setup and we’re hoping for a high-end Lumia smartphone to show up by the time we hit Fall 2015.

Qualcomm and Microsoft didn’t say exactly when the new Lumia device would be ready for the eyes of the public, sadly, but we can assume that IFA 2015 will be the perfect place to showcase the new phone. Aside from having the Snapdragon 810 CPU and Windows 10 on board, we don’t know much about what kind of hardware the upcoming Microsoft Lumia phone will come with.

Based on what’s popular at the moment and what Microsoft usually releases as a flagship device, we can safely assume that we will be getting a camera-centered smartphone once again, as it has become the staple of Lumia and Microsoft in the past. We suppose the company will go for a pretty large 5.5 inch display, some massive resolution and camera sensors, as well as a big battery. All of these are requirements if Microsoft wants to compete against big smartphone companies like Samsung, HTC and LG. Whichever the case may be, at least we know that we are looking forward to a flagship Microsoft Lumia smartphone this year.

Acer announced last week that it would also bring new Windows handsets to the MWC this year, although those will be mid-range and entry-level devices. Microsoft will be responsible with providing the flagship Windows phones this year and with the help of Qualcomm’s Snapdragon 810, which is already popular, the company will surely manage to come up with something impressive that will put its smartphone business back on track.

My life-long dream has been to test out every gadget on the market! Considering the fact that I've rapidly destroyed almost every gadget I've had so far, I'm not inclined to owning something, so my ideal outcome would be to have a different gadget each month. I'm really into smartphones, wearables and tablets and I love Playstation and Xbox, I'm sure I'll beat you at your own game (after a month of training... or two)
Previous This Video Shows Off The First 18 Minutes Of Bloodborne. Prepare To Die.
Next Shinra Technologies proposes cloud-based development solutions