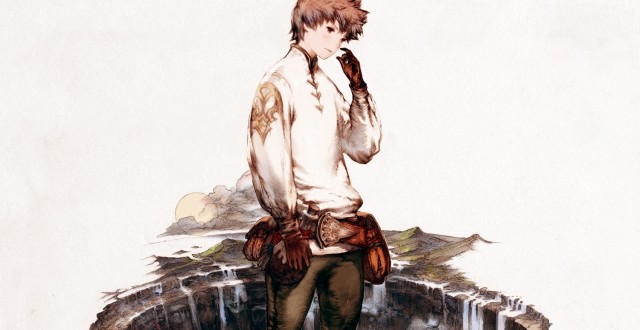 Square Enix keeps dropping new tidbits about the upcoming Bravely Second for the 3DS. The latest reveals shed some light on where the old protagonists from Bravely Default will be and how they will feature in the sequel title. Tiz Arrier, the main protagonist of Bravely Default, will be making an appearance in the new title. In the previous game, after the extinction of the Great Chasm, Tiz lost his soul and collapsed, barely able to stay alive. The Jump magazine article from this week that provides this description also indicates that the player must rescue Tiz from his imprisonment. This appears similar to Agnes’s situation at the beginning of the game as well.

Edea had already been confirmed as returning in Bravely Second and was featured prominently in the most recent trailer. New info from a Square Enix live stream, however, also confirmed her as a playable character. Square Enix has also revealed two new jobs available in Bravely Second recently. The first is the Patissier job where the character makes cake that impart different status ailments on the opponent. Poison Cake is an example, but there is also a Fire Cake that can exploit enemy weaknesses to certain elements. The Patissier job also has the ability to pick up items and to direct enemy attention to a certain party member- one in a more tank job, for example.

There’s less details on the Guardian job revealed in the Jump magazine article, but it does appear to be a kind of tank job. The picture announcing it shows main heroine Magnolia in a full suit of armor. Bravely Second is the sequel to surprise success JRPG Bravely Default. The game will be coming out on the 3DS in Japan on April 23. More details about the return of Tiz and other jobs available in the new game are hopefully forthcoming.

Emma is an aspiring something-or-other with a love for video games fostered since childhood. She is more prone to rage-quits than she would like to admit. In her spare time, she runs her own blog and writes creatively.
@back_Paq_ing
Previous Dreadnought Info Revealed in Gameplay
Next New Trailer for Final Fantasy XV Demo