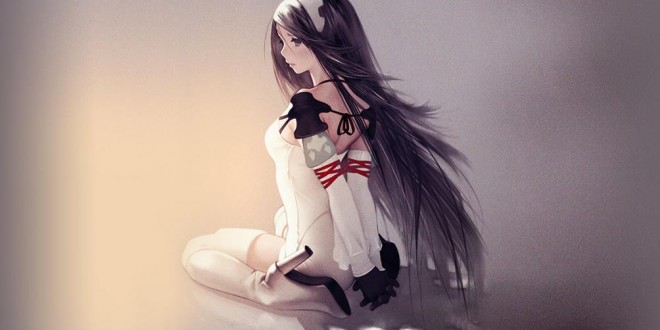 The sequel to the highly successful Bravely Default showcased a new trailer at the Tokaigi 2015 event. Bravely Second is currently only scheduled for release in Japan in April, but its popularity and most likely inevitable localization means that the teaser is still raring up some worldwide excitement.

Bravely Second will be taking place in the same world as its predecessor, several years after the close of the last game. Agnes, Vestal of Wind, is kidnapped on the eve of signing a peace treaty between her church and the nation it resides in. Her unfortunately inept guardsmen, the Three Musketeers, team up with the fiery Magnolia Arch. The girl hails from World’s Moon and fated to avenge her ancestors after a demon attack left her as the last of her kind alive. Many are hoping for the main four from the first game to have a place in this sequel as well.

While all in Japanese, the trailer does showcase several villains, the many different classes, and the return of Edea from the first installment. According to Siliconera, the first voice at the beginning translates as such: “I’ll protect you at all costs, Edea, no matter who the opponent is.” As nice as the sentiment is, it sounds a little more ominous than reassuring from the tone of voice.

The trailer focuses in on the two new villains: Emperor Oblivion, who is somehow behind Agnes’s kidnapping, and his cold-hearted fairy sidekick Anne who is even more mysterious than her master. Their voice actors were confirmed at the Tokaigi event as Kazuya Nakai for Emperor Oblivion and Hiromi Tsuru for Anne. Nakai is known for his voice work on One Piece while Tsuru voiced Bulma in the Dragon Ball series.

Everything in the trailer points to a promising follow-up to the already beloved first installment. Bravely Second has big shoes to fill: Bravely Default was largely what inspired Square Enix to continue its work in the JRPG genre after its warm reception in the West.

Bravely Second will be released April 23, 2015 for 3DS in Japan. The trailer can be viewed below.

Emma is an aspiring something-or-other with a love for video games fostered since childhood. She is more prone to rage-quits than she would like to admit. In her spare time, she runs her own blog and writes creatively.
@back_Paq_ing
Previous White Night Announced For PS4
Next Square Enix Outsourcing Development for Final Fantasy XV