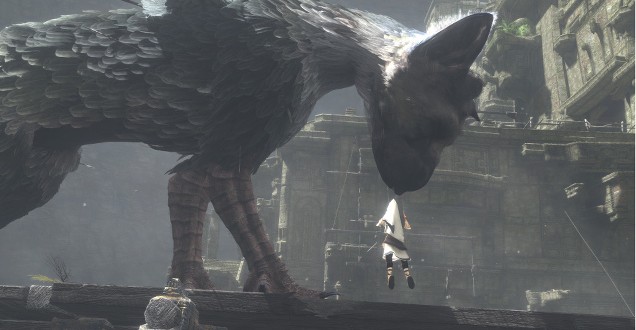 According to the listing on the office of patent and trademark in the US, Sony has not renewed its trademark for The Last Guardian. Rumors about the game have been purely conjecture and speculation for the last few years. Not much new information has surfaced since it was first announced at the 2009 Electronic Entertainment Expo. At the time, it was expected to have a 2011 release for the PlayStation 3- since then, however, the game has suffered many delays and complications. It has been in development since 2007.

The expiration of the trademark for The Last Guardian, however, does not necessarily mean that the project has been officially abandoned. Fumito Ueda, still a consultant for the game despite leaving his post as a full-time employee of Sony, talked about the development just back in December of 2014. The project may have simply been renamed by the team behind it. Also, this isn’t the first time that Sony has let a trademark on The Last Guardian expire, so the renewal of the trademark just might not be high up on Sony’s priority list right now. Of course, it could also mean that The Last Guardian will never see the light of day, but that’s the defeatist worst-case scenario only.

The Last Guardian is the spiritual successor to the beloved works of Team Ico: Ico, which was released on PlayStation 2 in 2001 and where the development team got its name, and the better-known Shadow of the Colossus, which was released for PlayStation 2 in 2005. Both were re-released for the PlayStation 3 system in 2011. Team Ico is renowned for their eerie and challenging games which focus more on atmosphere and story in order to leave the player with shocking moral questions. The Last Guardian looked no less mournful with its storyline following a boy and a newfound giant griffin friend named Trico attempting to escape from the ruins of a castle. Fumito Ueda has described the story as “open-ended” which certainly sounds in-keeping for a game from Team Ico.

Hopefully we’ll see some news coming from Sony or Team Ico on this front soon.

Emma is an aspiring something-or-other with a love for video games fostered since childhood. She is more prone to rage-quits than she would like to admit. In her spare time, she runs her own blog and writes creatively.
@back_Paq_ing
Previous HTC Desire Eye vs HTC One M8: which has better bang for buck?
Next Terraria Dev Announces Successor: Terraria: Otherworld