Breaking News
Home » NEWS » Life is Strange Episode 2 is Not Delayed, Will Release in March 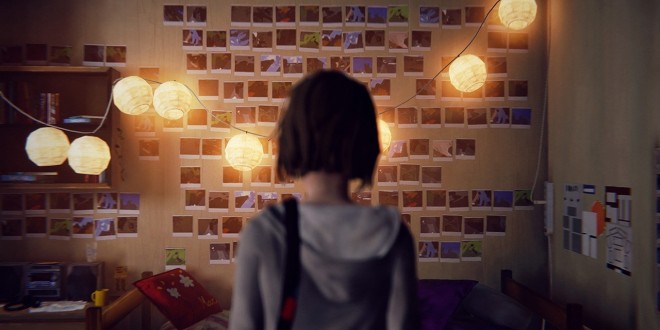 Life is Strange Episode 2 is Not Delayed, Will Release in March

Rumors had been swirling around a possible delay of the second episode of new adventure game from Dontnod Entertainment Life is Strange after Destructoid report claimed that a representative from Square Enix confirmed a delay. Dontnod had previously promised to release episodes at regular and frequent intervals- about six weeks of time between each installment. However, today, both Dontnod and Square Enix have refuted the claims that the next episode will be at all stalled. Episode 2 will be released before the end of March.

In a statement to Eurogamer about the rumors, Square Enix said this:

Dear friends of Life is Strange,

We’ve been asked to clear up the question of when episode 2 will be released since there have been rumors of a delay. We would like to assure everyone that development is on track and we’re looking to release it before the end of March.

Dontnod Entertainment reiterated this statement in a tweet from the official Life is Strange account. They also gave a look at a new piece of concept art from Episode 2 as a thank you for the support of the fans.

There have been rumours of Ep2 delay but development is on track and we're looking to release it before the end of March.

To say thank you for all of your support so far, here is a new piece of concept art for Episode 2: Out of Time pic.twitter.com/Yvluh8vgkO

The release date of before the end of March could still mean that Life is Strange could be seeing a small delay from the promised intervals. Episode 1 of the game came out on January 30, so the next would theoretically hit on March 13.  Just saying that it will release before the end of March gives Dontnod some time beyond that point.

Life is Strange is an episodic adventure game that follows a photography student named Maxine Caulfield who discovers one day that she has the ability to rewind time. Story and character development are the central focus of the game. Dontnod Entertainment will be releasing five episodes of Life is Strange in all and they will be available on PlayStation3, PlayStation 4, Xbox 360, Xbox One, and PC.

Emma is an aspiring something-or-other with a love for video games fostered since childhood. She is more prone to rage-quits than she would like to admit. In her spare time, she runs her own blog and writes creatively.
@back_Paq_ing
Previous Never Alone Nominated for 12th Games for Change Festival
Next Sony Continues Anniversary PS Vita Sale