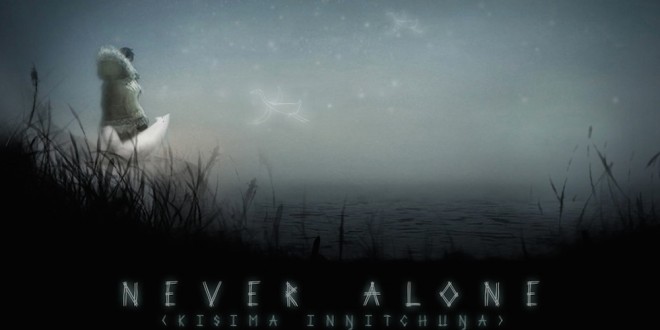 Eight finalists, including Never Alone, This War of Mine, Skip A Beat and more, have a been nominated for 2015's Games for Change Festival.

Share
It was brought to this author’s attention via email that the videogame nominees have been announced for the 12th Annual Games for Change Festival, an event that celebrates the games that have impacted society the most. The Games for Change Festival will go live on Sunday, April 12th, and will see to eight different titles being awarded by “leaders of the gaming community, philanthropic sector, media, and tech.” Chosen from almost 150 entries, the nominees themselves include the following: Never Alone (Kisima Ingitchuna), This War of Mine, That’s Your Right, MindLight, Zoo U, Bounden, Skip A Beat, Parable of The Polygons.

There are three main categories that the finalists will be selected for (Most Significant Impact, Most Innovative and Best Gameplay), and all eight games will also be considered for the Game of the Year award in addition to other accolades. The nominee that’s given the Game of the Year award will be a game that “best exemplifies all three categories.” The awards ceremony itself will be held at the NYU Skirball Center for Performing Arts, and will be hosted by Schell Games’ CEO, Jesse Schell – described as a “leader in creating transformational games.”

An atmospheric puzzle-platformer, Never Alone has been nominated for Best Gameplay and Most significant Impact because of the collaboration between its developer, E-Line Media, and the Iñupiat (people native to Alaska) and the Cook Inlet Tribal Council’s Upper One Games. Almost “40 elders, storytellers and community members” helped contribute to the game’s development. The combined work helped share the Iñupiat culture through “engaging cooperative gameplay.” 11 bit Studios’ This War of Mine is nominated to receive the Best Gameplay award, and it is touted to provide “an experience of war from an entirely new angle.” Rather than being the soldier, players are instead just a group of innocent civilians struggling to survive in a war-torn city.

That’s Your Right was developed by Filament Games, and it’s been nominated for Best Gameplay as well. The digital card game is described as a captivating title that teaches middle and high school students the first 10 amendments of the American Constitution. MightLight, by Gain Play Studio, has been recognized for Most Significant Impact. Instead of a controller, MightLight uses neurofeedback for players to interact with the game – by wearing a special headset. The game is touted to offer “evidence-based relaxation techniques and attention bias modification methods” that provides an opportunity for children to overcome their anxieties and fears.

3C Institute’s Zoo U is nominated to receive the Most Significant Impact award for its ability to assess and build social emotional skills, according to the email. In this game, children can virtually navigate through different social situations and learn “essential social emotional skills for the real world, including communication, cooperation, and empathy.” The dance game Bounden, by Game Oven, has been nominated for Most Innovative for its choreographed moves by the Dutch National Ballet. By holding either end of an iOS device, players tilt the screen around a virtual sphere, making sure follow a path of rings. “Players swing their arms and twist their bodies, and before they know it, they are already dancing,” the email claims.

The last two games, Skip A Beat by Happitech and Parable of The Polygons by Nicky Case, have both been nominated for Most Innovative as well. Skip A Beat is touted as the world’s “first game that uses the player’s actual heart rate as the game controller.” By controlling their heart beat, players earn score multipliers whilst being provided with feedback on how their heart rate is changing. Influences like emotions and even breathing are encouraged in order to attain higher score multipliers. Finally, Parable of The Polygons, based off of the Nobel Prize-winning game theorist Thomas Schelling, is described as a “playable blog post” that demonstrates how seemingly harmless choices can spiral into creating a harmful world. The pseudo-game is structured like an articles, the email describes, and is embedded with dozens for games that are implied to show how “small individual biases can become large institutional biases.”

Furthermore, in the same email, Games for Change also announced that Tracy Fullerton, the director of the joint USC Games Program of the USC School of Cinematic Arts, is to receive the Game Changer Award. Being given this award means that the recipient has been acknowledged for their “significant global contributions” and for their inspiring and mentoring of inspiring new videogame developers and researchers. The email describes Fullerton as an acclaimed game designer whose work has already received numerous industry honours – including an Emmy nomination for Interactive Television among others. She has even been listed on The Hollywood Reporter’s “Women in Entertainment Power 100” and Fortune Magazine’s “10 Powerful Women in Videogames” of 2014. Further information on the 12th Annual Games for Change Festival can be found via its official website.

Preferring to be referred to as "KingSongbird", Kieran is a serious, yet laid-back person with a particular soft spot for RTS games and anything Sci-Fi.
@KingSongbird
Previous Lenovo is changing their future policies as Superfish fiasco takes its toll
Next Life is Strange Episode 2 is Not Delayed, Will Release in March

This War of Mine developer giving free copies to pirates

Never Alone’s PS4 version has been delayed in Europe

Publisher E-Line Media and developer Upper One Games have revealed the PlayStation 4 version of ...