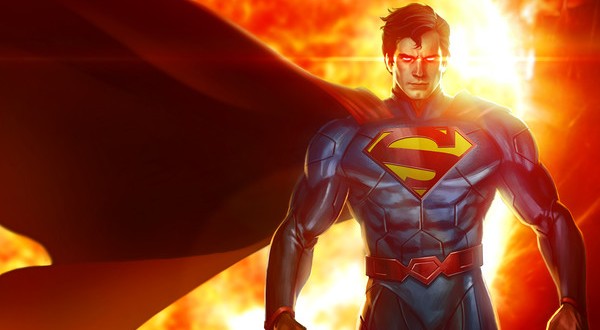 As reported by Game Informer, Warner Bros. Interactive Entertainment has announced today that Infinite Crisis, the free-to-play mutli-player online battle arena (MOBA) set in the DC Universe, will officially release later this month on March 26. The game has been in development since 2011 with the beta starting in 2013. It is still in open beta right now. Executive producer Jeffrey Steefel said that, “We have designed, updated, and tuned almost every facet of the game based on player feedback,” from this beta. Infinite Crisis allows players to take control of a wide variety of DC Comics heroes and villains and then sets them against each other in different battle modes.

The latest update to the game in March brought several new additions to Infinite Crisis. Chief among these was the introduction of a new location, Coast City, as well as the debut of new character Tatsu Yamashiro, also known as Katana, armed with her sword Soultaker. The update also brings daily log-in rewards for players as well as a new feature called “champion mastery awards.” Through this, the player receives special frames and portraits as they work on mastering a particular character in the game. This will be a retroactive system, so players who have already reached the appropriate levels with a characters will be able to claim the respective prizes. Finally, the AI have also been upgraded to perform additional functions.

Infinite Crisis was developed by Warner Bros. and Turbine. The game will be launching through the game’s website and through Steam, where it had not previously been available. For those who want to see more of the game, there will be a livestream of Infinite Crisis hosted today at PAX East at 11:20 EST and also showing on the main Twitch page. Alternatively, you can still sign up for the open beta of the game now and try out the MOBA for yourself before its official release.

Emma is an aspiring something-or-other with a love for video games fostered since childhood. She is more prone to rage-quits than she would like to admit. In her spare time, she runs her own blog and writes creatively.
@back_Paq_ing
Previous HTC One M9 Mini rumored to be released soon
Next Five Nights at Freddy’s 3 Finally Available on Steam!