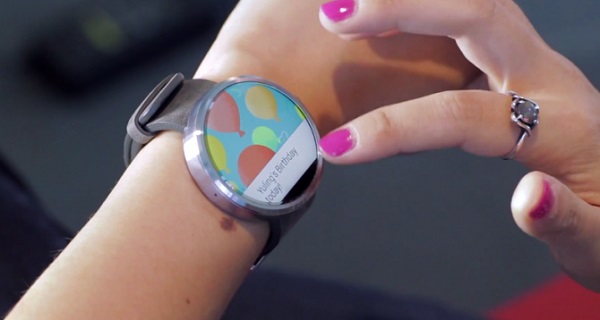 Customizing the Moto 360 is now much easier

The Moto Maker platform has been one of the best services for those who want to customize their Moto X or other Motorola smartphones by choosing their own colors and embellishments. Until now, the service was only available for smartphones from the company, but starting now, Motorola is extending the reach of Moto Maker to the Motorola Moto 360 smart watch. That means, that from now on, customers in China, the U.S. and the UK can customize their Moto 360 through the platform before ordering the gadget.

The Moto Maker platform for the Moto 360 doesn’t have as many options as it does for smartphones, but it still gives you the opportunity to customize the smart watch to fit your style as much as possible. You can choose the color of the Moto 360 watch case/ frame, but you can only choose between the light finish and dark finish, or add the Champagne gold finish for an extra fee of $30. You can also use Moto Maker to choose the Moto 360 band that best suits your style. If you opt for the standard leather bands and one of the usual watch cases, the cost will remain default, as the Moto 360 price is $250. But if you choose a metal band, you’ll have to add another $50.

The Moto 360 price, even though it looks better and feels just as premium as the Apple Watch, does not even go near the Apple Watch price. The Gold Edition of the Apple Watch is $10,000, even if the weight and karat of gold doesn’t even cost half of what Apple is asking for the variant watch. The Moto 360 stays well within the $300 price point, even if you choose more stylish watch cases or metal bands, which is definitely a good strategy to counter the Apple Watch right now. Although Motorola hasn’t launched the successor of the Moto 360 at the MWC 2015 show this year, we’re definitely looking forward to a second edition, with improved hardware and better battery life. There’s not news about the second generation Moto 360 out yet, but many people are already talking about Motorola’s plans for the future of its wearable department.

Although Moto Maker has been around for a while now, it’s a nice addition to the platform to be able to customize the Moto 360 smart watch, even if the options you have are limited at the moment. The company will most likely add more types of watch bands in the future, and maybe even more precious chassis which you will be able to choose for an extra buck. The platform is definitely useful and caters to fans who like to have a unified platform where they can optimize, customize and see the product they will be getting before getting it. Our hunch is that the Moto 360 will still do better in sales numbers this year than the Apple Watch, although estimates from analysts say Apple will sell more than 10 million units this year. That seems unlikely.

My life-long dream has been to test out every gadget on the market! Considering the fact that I've rapidly destroyed almost every gadget I've had so far, I'm not inclined to owning something, so my ideal outcome would be to have a different gadget each month. I'm really into smartphones, wearables and tablets and I love Playstation and Xbox, I'm sure I'll beat you at your own game (after a month of training... or two)
Previous Facebook is sharing your conversations with advertisers
Next Steam Greenlight Spotlight: Halcyon 6: Starbase Commander