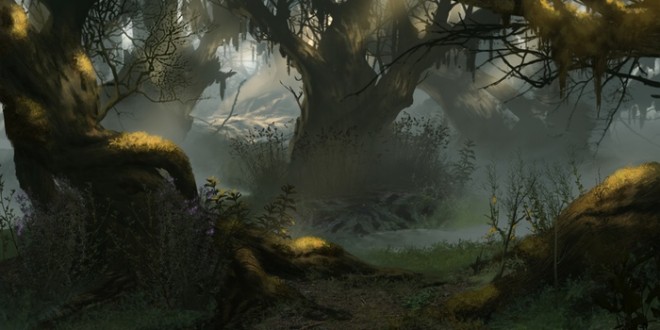 The development team at Tactical Simulations Interactive (TSI) is currently running a crowdfunding campaign on Kickstarter to fund their first project, Seven Dragon Saga. This role-playing game will challenge players to deal with threats to the empire and the emperor in whatever way they deem necessary. Players start off as a member of an elite group of troubleshooters that is composed of those Touched by Chaos.

This game will allow players to customize their six-person team of people with powers. Each character will be made unique by the answers to a variety of questions on their backgrounds. This is also reflected in the goals of each member of the party. If a quest is completed in a manner reflecting the individual’s goals, then players are able to earn bonus build points for the individual characters. With this team players will be able to explore the open world of Seven Dragon Saga and complete quests their way.

The open world of this isometric game will offer players countless opportunities to explore and experience the game’s story. Players’ task will be to secure a vital trading route, however there will be many ways that the representatives of the emperor will be able to wield power. This includes completing quests for special goal-based bonuses, settling the Borderlands in order to bring greater wealth and prosperity to chosen factions or dealing with some of the dangerous artifacts left over from antiquity. Backers from the $25 tier will receive a DRM-free digital copy of the game. Seven Dragon Saga is expected to become available in August 2016 on the PC, Mac and Linux platforms.

The team at TSI is composed of veterans from Strategic Simulations Inc. (SSI). These developers have decades of experience in the video game industry. SSI was a video game developer and publisher that was well regarded for its strategy and RPG games. It was founded in 1979 by a wargame enthusiast that wanted to bring this genre to microcomputers. The founder, Joel Billings, did approach a few publishers beforehand, however his ideas were rejected outright. A few years after its creation, the company expanded into RPGs with games like Wizard’s Crown. It became well known for its games, however it was unable to make the transition to the new millenium. As a result, it was acquired by Ubisoft, which has retired the brand name since then. SSI lives on today in the hearts of fans of games from that era.

I'm a gamer and a massive fan of anime. I'm a massive simulator geek. Who isn't? Simulators offer me the opportunity to experience something I wouldn't otherwise. Have you ever driven a train? I haven't, and I probably never will. However Train Simulator 2015 gives me the opportunity to experience what it might be like. I'm also a big train and space exploration geek.
@ivanmashkov
Previous Bill Gates predicts massive health crisis at TED
Next The Galaxy S6 will be more fashionable with new accessories