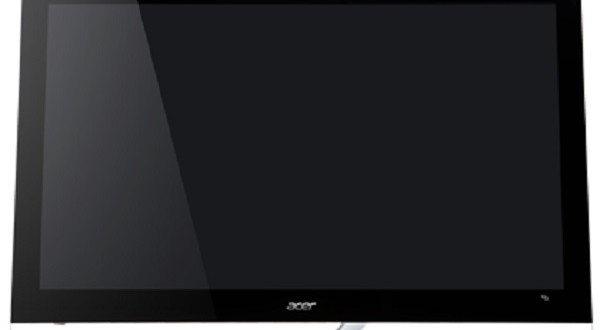 Acer Chromebase: first all in one PC with Chrome OS

Asus yesterday announced the Chromebook Flip and the Chromebit, a stick-sized Chrome OS computer, but that’s not all Google had up its sleeves, as today we’ve just heard about a new all in one computer, the Chromebase. Chrome OS, Asus, Acer and of course Google, seem to have been collaborating for a long time to build these new hardware products and to try and popularize Chrome OS over various different platforms. If until now, you could find notebooks aka Chromebooks running Google’s own operating system, starting this April, you’ll be able to find mini-computers like the Chromebit, convertible tablets like the Chromebook Flip and even the all-in-one computer, the Acer Chromebase.

The Chromebase is as impressive as the Chromebook Flip and Chromebit in its quality of becoming the first all in one computer to run Chrome OS. Acer and Asus are both known for their durable and reliable hardware, so most people are reacting positively to the partnerships with Google for new Chrome OS products. Until the actual hardware can be put to test, though, we’ll just have to trust the press releases. Acer released a lengthy description of the Chromebase today, going into details about the touchscreen, the impressive processor, quite a few ports, a webcam, and even Android support. The only thing that Acer didn’t’ disclose was the Chromebase price.

Although the Chromebase price would probably have been the most interesting part of the announcement. it seems it’s not ready to be revealed yet. The Chromebase release date is slated for the second quarter of the year, in North America and Asia Pacific, which means that by May, we should see this new all-in-one computer showing up in stores and on ecommerce websites. Since specs are all we have right now, let’s see what the Chromebase specs tell us about this new gadget.

The Acer Chromebase comes with a touchscreen, which means that it is a first in the industry, as in the first all in one computer with a touch display. Moreover, the display is a neat 21.5 inch 1080 panel, which could have been better, but it still makes for a decent computer to work with. The Chromebase houses an Nvidia Tegra K1 CPU, which you might be familiar with from the Nvidia Shield Tablet, which has come up with great benchmark results and a lot of satisfied users. We’re not sure how the processor will handle such a big display, though. Pairing it with Chrome OS does mean less strain on the processor, but we can’t say for sure what kind of performance is to be expected of the Chromebase.

Chromebase specs include an HD webcam on the front, 100 GB Google Drive storage for each buyer, two 3W speakers, HDMI out, USB 3.0, USB 2.0, WiF-, Bluetooth and of course, support for Android through ARC Welder. Although we’re not sure what kind of price Google and Acer will slap on the Chromebase, we suspect that it will be as affordable as the entire Chrome OS line-up from Acer, Asus and others. We’ll be back with more about the new all in one PC running Chrome OS when we find out what retail price the companies will settle on by the time it is launched.

My life-long dream has been to test out every gadget on the market! Considering the fact that I've rapidly destroyed almost every gadget I've had so far, I'm not inclined to owning something, so my ideal outcome would be to have a different gadget each month. I'm really into smartphones, wearables and tablets and I love Playstation and Xbox, I'm sure I'll beat you at your own game (after a month of training... or two)
Previous Moto G Android 5.1 Lollipop update rolling out today to GPe editions
Next Ira Launches its Kickstarter Campaign