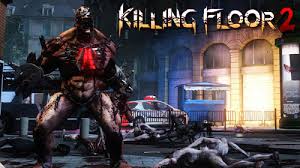 As we all know, keeping up with new releases can be a full-time job, and it’s really easy to miss games that have been on our radars for months. This weekly releases series aims to compile a short and simple list of the major releases of each week. There are some great games on the horizon this week, so make sure to read on to see if anything you’ve been waiting for is releasing. These release dates are for North America.

Bloodbath Kavkaz for PC. This game looks extremely suspiciously like a blatant Hotline Miami clone. I’m not familiar with the game itself, so I can’t speak for their intentions, but it is definitely scarily close to Hotline Miami. I can’t recommend the game based on the fact that it is a blatant copy and does not state anywhere on the page that it is a parody or something of a similar nature, however if you’d like to have a look at it yourself you can find it on Steam.

Crystal Rift for PC. Crystal Rift will be releasing into Early Access, and is a grid-based dungeon crawler with a focus on Oculus Rift usage. The game allows you to explore sprawling dungeons, each with their own mysterious secrets. The inclusion of Oculus support definitely makes this seem interesting to me, as I do love a good first-person dungeon crawler. If you like the idea of Crystal Rift, be sure to check it out on Steam.

Slow Down, Bull for PC. Insomniac Games’ first PC title is a release that gives 50% of its profits to charity. The game puts you in the hooves of Esteban, a bull who just wants to create beautiful artwork. Control Esteban as he collects decorations, but move him too much and you risk setting off his rage, which destroys all decorations in your possession. If you’d like to check Slow Down, Bull out, you can find it on Steam for $5.99 with half profits going to benefit Starlight Children’s Foundation.

Killing Floor 2 for PC. The sequel to the fan-favorite multiplayer game is releasing into Early Access. The game features updated graphics, simpler progression systems, and returns with the same amount of gore and fun that the first entry offered. If you enjoy killing creatures accompanied by friends, then I could not recommend a game more than Killing Floor. You can grab it on Steam for $29.99.

Assassin’s Creed Chronicles: China for PS4, PC (Available Wednesday), and Xbox One. This 2.5 D entry into the series examines the story of the final living assassin of the Chinese Brotherhood. This should give Assassin’s Creed fans something to tide them over until the next release, and you can find it on Steam, Playstation Store, and Xbox Marketplace for $9.99.

Convoy for PC. Convoy is a roguelike that is described as a combination of Mad Max and FTL. The main idea of the game is that you are crossing a post-apocalyptic environment in search of parts to repair your ship. Convoy features fully customizable units, exploration, and tactical combat. If this sounds like something you’d be interested in, have a look at it on Steam.

Shovel Knight for PS4, Ps3, and Vita. Shovel Knight is easily one of the most entertaining retro platformers that I’ve ever played. Combine solid platforming mechanics with unique characters and an awesome soundtrack, and you get Shovel Knight. You can find it on the Playstation Store for $14.99.

Highlands for PC. Highlands is a turn-based strategy game featuring hand drawn artwork, and reminds me quite a bit of The Banner Saga. It features rpg mechanics and resource management combined with a turn-based battle system to create an in depth experience. If you’re interested, you can grab Highlands on Steam.

Wild Frontera for PC. Wild Frontera is a top-down shooter that is set in a Western world. The player must fight his way out of the frontier by defeating enemies in a challenging and entertaining manner. The game features 8 stages, as well as up to 4 player co-op. If it sounds like something you’d enjoy, you can find it on Steam.

That wraps up the major releases for this week. Feel free to contribute any other releases that may have been missed. What games are you guys and girls looking forward to this week?

I enjoy playing pretty much any type of game out there. My passion lies in finding the gems of the indie gaming world. When I'm not playing games, I'm programming them, at the gym, or tending to my small army of cats. Writing has always been a part of my life and I'm grateful for the opportunity to get my content out there for people to see.
@spf0227
Previous Steam Greenlight Spotlight: Garbage Day
Next TSM Wins Back to Back NA LCS Title