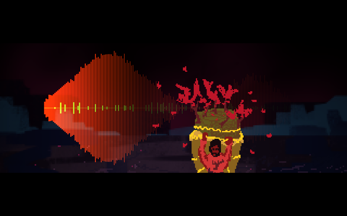 Itch.io is a website that allows developers to upload their independent games as well as game-related content, and gives them to ability to either charge or give the game away for free. Being an advocate for the indie community, I spend a lot of my time on Itch.io, and I always find myself looking at games and shaking my head at the level of quality that some of them contain. This series aims to take some of those games and give them the old college try. This series is not meant to be taken as a review for any of the games I end up playing. The structure of the series will be that I spend five or ten minutes on the site, choose a game, play it, and then give my impressions, whether positive or negative, and hopefully come across some silly and entertaining mechanics along the way. I fully understand that most of these games are not complete and some are in prototype stages, but this does not make them any less fun to have a laugh at, Please do let me know in the comments how you feel about the series, and whether there is anything you’d like to see done differently. Feedback is always welcomed on my work, so feel free to speak your mind. 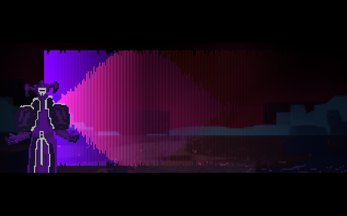 For the first iteration of this series, I’ve settled on a little game called Blabbelogue, which apparently even the developers couldn’t spell because it was listed three different ways in three different places. However, once I got past that issue, I went on to figure out a bit more of what the game has to offer. The truth is, there is literally no reason to ever play it. Blabbelogue is a game where you are a lonely traveler in a strange world, and you have to interact with and speak to various alien creatures. This sounded like quite an interesting idea in theory. I could see dialogue options to choose from, misunderstanding occurring based on a language barrier, and many other interesting ideas that could stem from the concept that they chose to go with. Blabbelogue decided to go the other route and choose to do nothing interesting with their game at all.

Blabbelogue decided that it would be a fantastic idea to allow the player to hold down the space bar as long as they’d like in order to speak to the alien creatures. I attempted to hold the key down as long as I could, but the irritating and high-pitched player voice was absolutely unbearable for me. I couldn’t stand more than three or four seconds of it, and I had my feline friends running from all ends of the house to figure out what the horrid noise was. On a positive note, however, there were definitely some more interesting voices for the alien characters, but I just wish I had the opportunity to interact with them without having my eardrums destroyed by horrid noise. Blabbelogue allows multiple aliens on the screen at once, meaning you get a ridiculous amount of overlapping conversation, none of which is intelligible of course, because of the language barrier. However, this leads to what I feel is the game’s biggest strength: you can talk over aliens. I got a kick out of waiting for an alien to begin speaking, and just immediately cutting them off with incoherent blather. One thing I would like to see Blabbelogue implement is that if you keep annoying an alien in ways such as that, they will refuse to speak for a period of time. I think it would be great to be able to cut an alien off in mid sentence and have them become so frustrated that they just decide to walk away. Now that, my friends, would be an alien dialogue game done right. 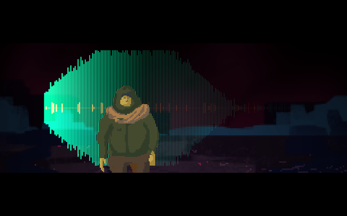 Blabbelogue is a noisy mess of distraction and confusion. I spend a good fifteen to twenty minutes playing around with the game and restarting it to see how it changed. There were a couple of enjoyable minutes out of the game, but I definitely feel that I could have gotten more enjoyment if it weren’t for the frustratingly loud and high-pitched player voice. However, to say something positive about the game, I will admit that the concept of being able to speak to aliens who don’t understand your language is very interesting, but the implementation was just not there for Blabbelogue, and I don’t think that they intended it to be an experience that is taken seriously to begin with. If you’d like to give the game a try, by all means, check it out at this link.

I enjoy playing pretty much any type of game out there. My passion lies in finding the gems of the indie gaming world. When I'm not playing games, I'm programming them, at the gym, or tending to my small army of cats. Writing has always been a part of my life and I'm grateful for the opportunity to get my content out there for people to see.
@spf0227
Previous Steam Greenlight Spotlight: Volphant
Next Re:Activ Designs: Performance Apparel for Gamers