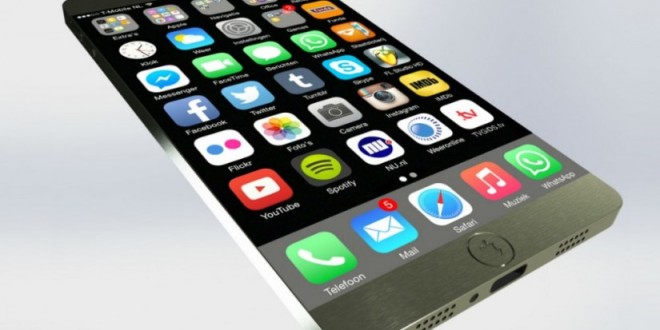 Over the past few weeks, a lot of rumors have been popping up regarding a prediction that Apple will not be launching a new version of its iPhone line (meaning iPhone 6S) this year, simply because the current iPhone 6 and iPhone 6 Plus versions are doing particularly well in terms of sales. While these rumors have absolutely no believable sources backing them up, they seem to have been going viral nonetheless. The rumors apparently originated from DigiTimes, who claims that an “unofficial source” has leaked information about a delay in the iPhone 6S release, due to successful iPhone 6 sales figures this financial quarter.

That being said, there is no official or believable indication from any Apple officials that a delay is being considered. Apple has been consistently growing its sales figures over the years, with iPhones becoming ever so popular. Regardless of how well its phones are selling, Apple cannot afford to spend an entire year without bringing out something new. Competition from rivals such as Samsung will not be letting down any time soon, so the assumption that the Cupertino based tech giant will be sitting back and counting profits is hilarious, at best.

Granted, we don’t know what exactly Apple plans on revealing this years. There’s no shortage of rumors and possibilities, ranging from an early iPhone 7 release, to more plausible rumors about a revamped iPhone 6 model under the iPhone 6S tag. It’s also quite possible that Apple will consider releasing a more budget-friendly version of the iPhone 6, under the 6C tag, just as it had done previously with the iPhone 5S. Regardless, we won’t be seeing any new smartphones from Apple until the fall season, which is when the company generally reveals and releases new smartphone models, in order to profit from pre-holiday sales figures. For now, the company is focusing on releasing updates to its iOS 8 OS, which did not enjoy the smooth, flawless launch we were all hoping for.

To get back on topic, iPhone fans shouldn’t be worried. There’s no real indication that Apple will delay any new releases until next year, and just because the iPhone 6 is currently selling well doesn’t mean that a new model isn’t in the works. We’ll have to wait awhile longer before any concrete information emerges, but for now, we’ll just be shrugging off unfounded rumors.

Old-school gamer with a cheeky tongue that gets me in trouble. When I'm not playing games, I'm writing about them, preferably in the vicinity of a fridge! Oh, and if you're a Justin Bieber fan, I'm afraid we can't be friends!
Previous Motorola Moto X 2014 getting Android 5.1 update next week
Next Steam Greenlight Spotlight: HUSH