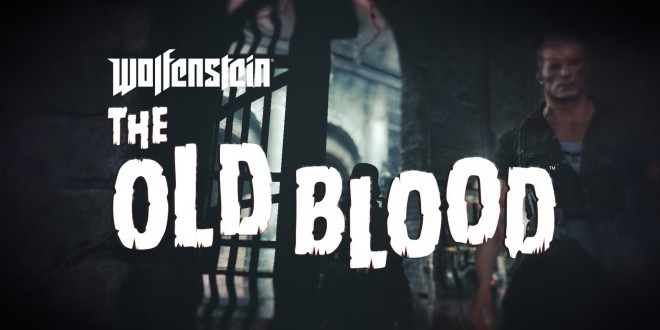 A standalone digital download, Wolfenstein: The Old Blood is a prequel to last year’s sleeper hit, Wolfenstein: The New Order. Available on PC, PS4 and Xbox One, the game currently retails at, $19.99 (£14.99/19.99€). The game sees you regain control of professional Nazi killer, B.J.  Blazkowicz, as he stealth’s, shoots and maims his way through the dystopia of the Nazi empire. The game is based in an alternative reality where the Nazi’s are winning World War 2, with the help of some advanced cybernetic technology as well as dabbling with the occult.

The game follows a very tried and tested formula for the first person genre, plenty of large guns, swarms of enemies and the occasional bombastic set piece. What Wolfenstein does better than most modern FPS games however is it doesn’t take itself too seriously. You are able to absorb an extraordinary large amount of punishment, and while health does not fully regenerate like in most modern FPS games, health packs and armour drops are plentiful so you rarely find yourself cowered behind cover in a shoot-out while you wait for your screen to become less red. Guns can be dual wielded and there is little penalty for not aiming down the iron sights, instead the game encourages you to run head first into battle as you waves of Nazi soldiers, dogs and mechs. The game firmly has its tongue in its cheek throughout the majority of the game, with Blazkowiz making quips like, “How many goddamned Nazi’s are there in this world?” after he has gunned down hundreds of them. 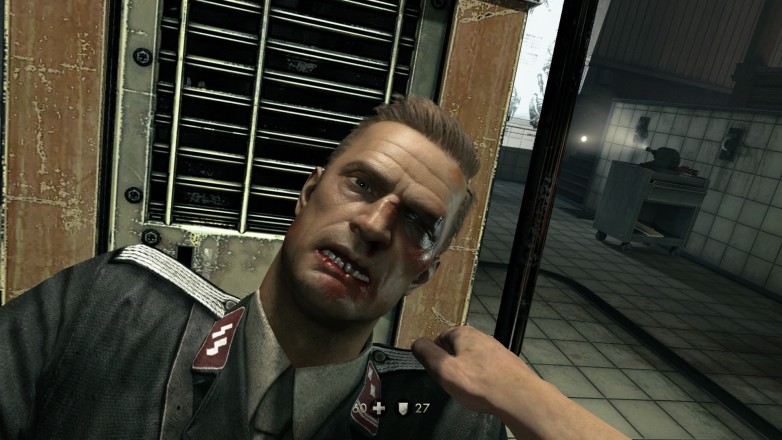 The game takes you through plenty of FPS staple locales, from infiltrating a Nazi bases, to prisons, to the standard on-rails shoot-out event as well as swaths of other genre defining areas. The level design is well thought out, with each zone containing linear hallways and passages, leading into mini sandbox areas. These sandboxes offer multiple ways to approach, from a stealthy angle, to the all guns blazing approach. The stealth approach rewards patience and will mean you encounter less enemies, with many being avoidable all together. The games mini sandboxes involve you attempting to down a colonel or two before they radio in for backup, take them out silently and you can sneak your way through the area. Alternatively you can choose the noisy approach and gun down every soldier in sight until you find the commanding officers.

The enemy AI is basic so fire fights offer little challenge other than the occasional time you may be outflanked and out gunned if you are not fully aware of your surroundings. There are some super solider, mech type enemies, but they usually just take a few extra rounds to down than the standard grunts. The game does not shy away from glorifying violence, and enemies limbs can be blown from their bodies and silent take-downs can be gruesomely detailed. One impressive feature of the melee take-downs is that the animation will be different depending on your angle of approach and chosen weapon. This saves you from getting bored with seeing the same animations play out dozens of times and makes you want to experiment with different ways to attack.

An expansion well worth your money!

A masochistic game reviewer, taking pleasure in games that beat me into submission regularly.
Previous Another Google Glass in Development?
Next Should Sony’s PS4 fear the Xbox One?

We all know that keeping up with the newest releases can be extremely time consuming. ...