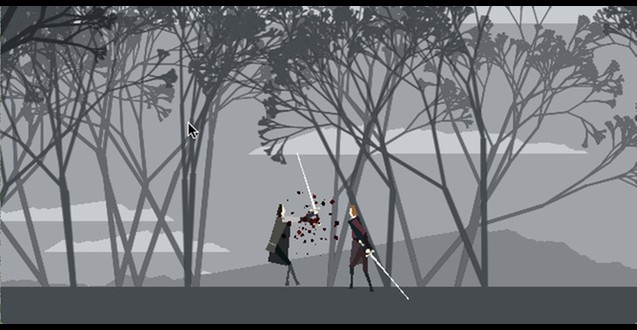 Today’s Greenlight spotlight is focusing on Estoc, a simplistic multiplayer sword-fighting game. Often in games, simple mechanics lead to boring and repetitive gameplay, which in turn repels potential players. Estoc features such simple mechanics that I worry it won’t have enough lasting potential to draw a large community. However, as well as Nidhogg did (which is a very similar game), I expect that Estoc will be popular among players who enjoy battling their friends in skill-based combat.

Estoc is by design a very simple game to learn and understand. Stab and slash your sword in order to defeat your opponent. This is really as complex as it gets, which means that it will be a great game to pick up and play with even your non-gamer pals in order to get a quick match or two in. I personally am always looking for simple games to play with friends, and I feel like Estoc will be perfect for that. 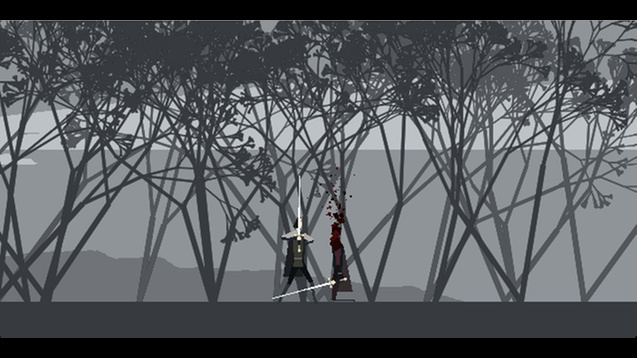 Featuring three different game modes, Estoc promises to feature enough variety to keep the experience fresh from battle-to-battle, making sure players are not easily bored by the game’s simple and repetitive fighting mechanics. I definitely see that the game will get repetitive, and by no means feel that it will provide any more than a few hours of fun at the most. However, I think that at the right price, Estoc looks entertaining enough to justify a purchase by those who are looking for a fun and accessible multiplayer experience.

If  you’re interested in learning more about the game, or have some feedback you’d like to give the developers, be sure to have a look at their Greenlight page and leave a vote. Some feedback I can see is that the trailer is extremely uninformative, and the backgrounds are bleak and uninteresting, so I’d really like to see some more work put into them before the game’s release.

I enjoy playing pretty much any type of game out there. My passion lies in finding the gems of the indie gaming world. When I'm not playing games, I'm programming them, at the gym, or tending to my small army of cats. Writing has always been a part of my life and I'm grateful for the opportunity to get my content out there for people to see.
@spf0227
Previous A New Lord of the Rings Total War Mod – Rise of Mordor
Next Apple Watch Shortage Allegedly Solved