Breaking News
Home » OPINION PIECES » Why I switched from iOS to Android. 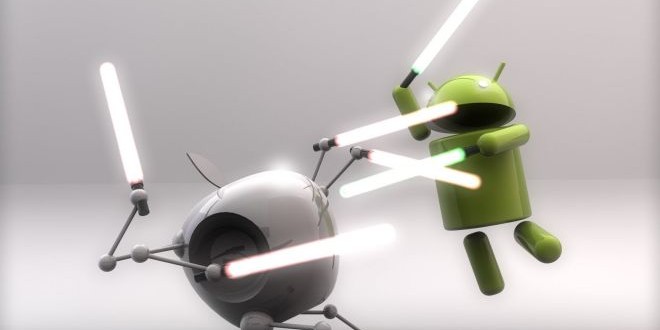 The old argument is old. Which operating system, Apple’s iOS or Google’s Android, reigns supreme? Though both have their pros and cons, I have personally made the switch from iOS to Android on my phone, and I am here to share my first impressions and why I switched.

The original reason for myself switching was the customization options offered by Android 5.0 lollipop, as well as previous versions of Android. To be brief, nearly everything in Android is customizable. There are simple things like how the icons look, to changing the animation speed and the entire look of the home screen altogether. These changes are just not possible on iOS devices, and until iOS 8, you couldn’t even change the keyboard on the phones. This lack of acknowledgement for power users is frustrating and is the main reason for myself making the jump.

Though many say that the iPhone screen is impossible to distinguish pixels, I must beg to differ. Looking at my iPhone 6 compared to the Galaxy S6, the difference is astonishing. Though in regular use it is not incredibly noticeable, the ability to watch YouTube videos and movies in 1080p or higher on the Galaxy S6 is breathtaking. This is not exclusive to the Galaxy phones however. Nearly all flagship Android phones have more pixel dense screens than the iPhone 6. Even the $179 off contract Moto G has a slightly higher pixel density. This alarming statistic is just one of a couple examples why Apple is more interested in the casual users than more power users such as myself

That last sentence really exemplifies my feelings towards Apple phones at the moment. There is just not enough advancement in the phones. Android seems to be innovating and Apple seems to be renovating their devices. Though I respect Apple for their laptops and tablets, I have finally left iOS, and I think it was for the better.

Sam is a newcomer to LoadTheGame and is excited to be aboard. He specializes in tech opinions and editorials.
Previous Apple Watch Shortage Allegedly Solved
Next Splatoon’s Global Testfire Has Won Me Over