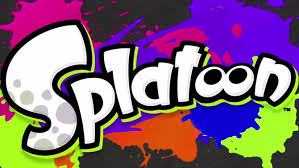 Splatoon Gets Another Global Testfire

Not too long ago, Nintendo’s promising new IP “Splatoon” was given a global testfire; Nintendo’s name for a beta test, or otherwise brief beta period. This is a smart decision on Nintendo’s part that lets people on the fence about Splatoon see if the game’s for them or not, and the last Global Testfire was received very well. Earlier today, Nintendo announced that they’ll be doing one last “Testfire” for Splatoon on May 23rd from 3-4 PM PST. While this won’t be showing off the single-player portion of the game, or all of the online game modes that Splatoon has to offer, it’s going to let participants participate in “Turf War”, the signature game mode of Splatoon that has players compete to cover as much of the map in their team’s ink color as possible.

You can join Splatoon’s new global testfire by downloading the “Splatoon Global Testfire” app on your Wii U’s eShop, and opening it up during the time of the event. The event only lasts for an hour, so you might want to download it sooner rather than later to ensure you’ve got the most playtime possible! Also, keep in mind that even if you can’t play during that time period, everybody who has this Splatoon demo downloaded during either last week’s testfire or this upcoming one will be given 10% off a digital copy of the full game when it launches.

Splatoon comes out on May 29th, and offers colorful visuals, multiplayer matchmaking, and a single player campaign. It promises to be one of Nintendo’s first successful new IP’s in quite some time, and since Nintendo is offering this chance to test Splatoon’s gameplay out for free, it’s definitely worth taking a peak for yourself. Most critics of Nintendo cite the lack of new ideas in the company, and Splatoon seems like just the title to start fixing that problem. At the very least, it’s wonderful to see something in the shooter genre break away from greys and reds and bringing about Nintendo’s splash of vibrant color.

I'm a college student studying journalism, and when I'm not studying, I'm writing here at LTG. I love indies and AAA's alike - I'm just a lover of this medium in general.
@MiCottuli
Previous Attack on Titan: Humanity in Chains Review – Breaking Chains
Next Top 10 Best Looking Exotics In Destiny’s House of Wolves