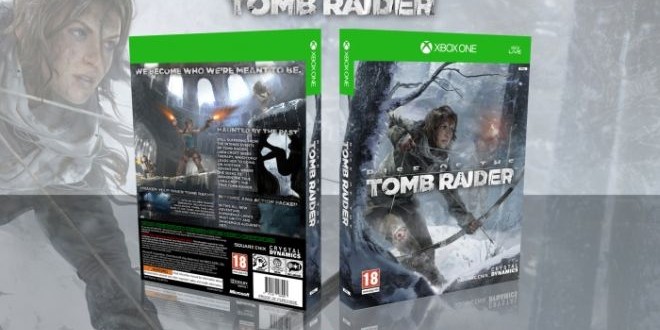 Rise of the Tomb Raider is a timed Xbox One exclusive

There has been some confusion over the exclusivity deal Microsoft have over Rise of the Tomb Raider, after Xbox Australia updated a tweet from January 2015, where they stated, categorically, that the new Lara Croft game is an Xbox One exclusive, not a timed exclusive. “Not timed exclusive but exclusive,” read the Tweet. However Xbox head, Phil Spencer has since come out to deny this, and state again for the record that the deal is simply for exclusivity for a set period, after which the game can be released on PS4 and PC.

Spencer took to Twitter to clear up the confusion, “There has been no change to our deal on Tomb Raider. Same as before when I answered. Timed.” The actual specifics of this timed exclusivity deal are still not available but it will definitely be appearing on Xbox One first, with a projected release of holidays 2015, with Spencer adding, “We are working with Crystal Dynamics on Tomb Raider to make it great on Xbox this Holiday; that’s our goal and 100 percent of our focus.”

The console war has been hotting up in the last twelve months, with Microsoft closing the gap with Sony after the sales for Xbox One rocketed after price cuts and the decision to remove the Kinect from the bundles. The plan for exclusivity is another way for Microsoft to claw back some of the market share. Objectively Xbox One has had its greater share of exclusive games, with Ryse: Son of Rome, Dead Rising 3, Sunset Overdrive and Forza Horizon 2 and Microsoft want to continue this trend. If they can strike the right balance between Xbox only exclusives, timed exclusives for both full games and DLC, Microsoft could very well make the race a lot more competitive.

The acquisition of the Tomb Raider exclusivity will likely prove to be a coup for Microsoft, as the 2013 reboot Tomb Raider sold over 8.5 million copies making it the best selling Tomb Raider game of all time. With those kinds of numbers Microsoft will be hoping they can recreate those sales on their console. With Sony’s, Uncharted 4: A Thief’s End being delayed until 2016, there is a hole for a Indiana Jones style action adventure game, and Tomb Raider will fill that hole for a lot of gamers.

A masochistic game reviewer, taking pleasure in games that beat me into submission regularly.
Previous Google takes the Nexus 4 off lifesupport
Next Cortana will be available for Android and iOS later this year

Everyone has been talking about the huge make-over Lara Croft would be getting on the ...