Breaking News
Home » OPINION PIECES » Destiny’s House of Wolves: a glimpse into the future of the series and the gaming industry as a whole 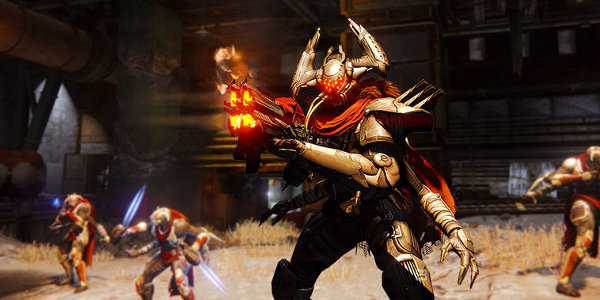 Destiny’s House of Wolves: a glimpse into the future of the series and the gaming industry as a whole

Its been just over a week since Destiny’s House of Wolves expansion came out, and since then people have beaten the endgame content enough to be able to just melt the endgame boss within minutes, emerged victorious from the most grueling PvP mode undefeated, and reach the level cap within days. On paper, this might seem like theres just no content if it is possible to finish everything within a week, but in practice, most people are enjoying House of Wolves for the varied and replayable content that it provides, at least so far.

Compare this to the reaction that people had not that long after Destiny’s second expansion, The Dark Below, came out. Even though they may have been a relatively vocal minority, some long time Destiny players expressed fatigue in the game, citing that the content added was broken, artificially difficult, and that it didnt improve upon features that were requested by the community. Case in point was the decision to make it so that Exotic weapons had to have their perks reset for a little bit of extra damage, completely disrespecting those who had spent countless hours building up their collection.

So what changed between then? If the Destiny subreddit is any indicator, it seems as though Bungie actively listened to the community to see what they did or didn’t like. By the time House of Wolves came out, there was a pseudo endgame content matchmaking system, endgame PvP content, features that allowed for more replayability and customization of equipment, and various other features that were commonly asked for.

When viewed within the context of one game, Bungie did extraordinarily well in bringing back fans of the game. Within the context of the gaming industry as a whole, Destiny stands out in that it was one of the few games that was intended to be a big title for current gen consoles that lost its footing and eventually regained it. Compared to games like Halo: The Master Chief Collection and Assassin’s Creed Unity, Destiny rebounded from the negative reaction people had to it, regardless of whether or not the negative reaction was fair.

After all, it doesn’t matter if 1 out of every 1000 copies of Master Chief Collection suffers from major glitches, it only takes 1 to make people worried that their copy doesn’t work, and in this day and age the moment something doesnt work, everyone hears about it. And once that starts to happen, once people lose faith in the quality of AAA titles, no one wins (though it may have been a lucky break for indie devs as people were putting their faith in more simple games that actually work).

What has to happen is that there has to be an emphasis on quality, not quantity, and that the opinions of the community has to be respected. Yearly franchises in particular have to slow down, lest they wear people out, and it has to be realized that an established name can only take you so far. After all, Destiny on paper had everything going for it: an established developer, an established community, and all the anticipation that you could ever ask for, and even it stumbled for a while until they turned it around.