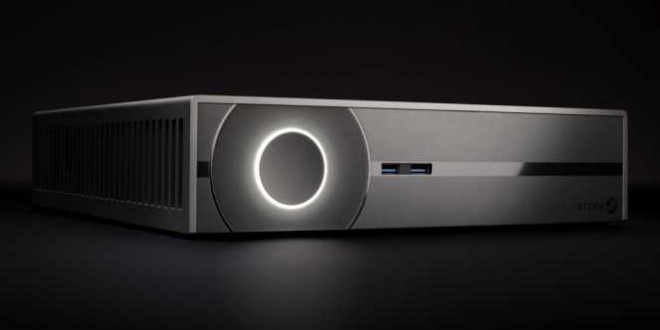 If you’re the type of person who is constantly checking out what is being greenlit on Steam rather than focusing on what the big AAA companies are up to, perhaps you should consider getting yourself a Steam Machine. Available for preorder today, the Steam Machine, as well as the Steam Controller and Steam Link, will bring joys of PC gaming to your couch and big screen TV.

The Steam Machine itself is developed by Alienware. It actually has much more power than either the Xbox One or PS4, containing mostly the same specs as last year’s Alienware Alpha. These include a dual-core Intel Core i3 processor, GeForce 860M graphics and 4GB of RAM. The hard drive, however, should be much faster than the Alpha with 7200RPM. Valve’s Steam Controller is also making greater headway than its previous iterations. The large touchpads placed where joysticks usually go is supposed to duplicate the feel and precision of your hand on a mouse. If there is one thing hardcore PC gamers care about, it is accuracy of their crosshairs. Besides these pads, the Steam Controller is set up like most console controllers these days. It includes shoulder buttons, face buttons in a square with different colors, and even one joystick on the left for those who want it.

The last piece to this ensemble is the Steam Link. For $50 it connects your PC to your television and that’s pretty much its only purpose. With four antennae under its belt, it should do the job pretty well. So with the Steam Link at $50, the Controller for $50, and the Steam Machine at $450, you could see yourself spending a pretty penny. As incentive, preordering now will get the machine to you by October 16th, where as everyone else will have to wait for it to hit shelves on November 10th. Might be a tough choice, but if you are considering it, you should check out the Steam store today.