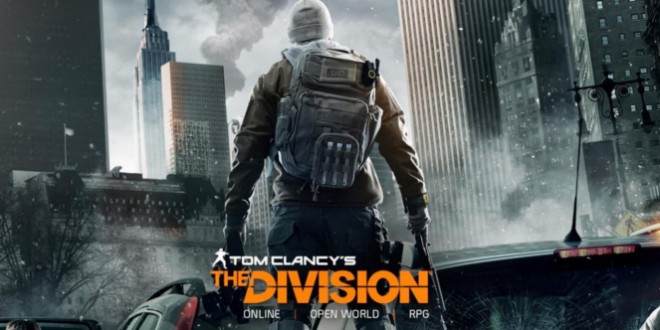 We’ve been waiting to hear more about The Division since it was announced, and it was on everybody’s minds going into this press conference. Anyone who was interested in the brief bits of info that we got during that initial announcement should be more than happy about what we got this year – a juicy gameplay trailer, some more insight into how The Division’s going to play, and a release date.

The folks who attended E3 themselves got to try out a build of The Division on the show floor – but we’ll have to wait until early next year before we get to actually try out the beta for The Division. By all means, though, it seems as if it’s going to be worth the wait. The conference’s section dedicated to The Division showed off gameplay in “The Dark Zone,” a contaminated husk of what used to be Manhattan. The Division’s gameplay trailer put a lot of work into showing us that The Division is about two things: loot and strategy.

Those who are familiar with DayZ (something that seems to be influencing The Division quite a bit,) know what it’s like to be out in the wasteland, wary of making friends knowing that they could betray you at any time. We got a taste of that same feeling in this reveal of The Division, where one of the three friends focused on in the demo pulled a double-backstab, enabling the “Rogue agent” protocol (essentially meaning he decided to be a dick, and kill all of his friends for sweet loot.)

The Division seems to be all about looking for better guns, engaging in PvP combat, making alliances, and doing some PvE as well. It was revealed during the Ubisoft conference that The Division will be hitting PC, PS4, and PS3 on March 8 2016. I know it’s a long way to wait, but I think that there’s definitely cause to be excited. Check out the gameplay right here, and hop on the hype train.

I'm a college student studying journalism, and when I'm not studying, I'm writing here at LTG. I love indies and AAA's alike - I'm just a lover of this medium in general.
@MiCottuli
Previous South Park: The Fractured But Whole Revealed
Next The Last Guardian Confirmed At E3