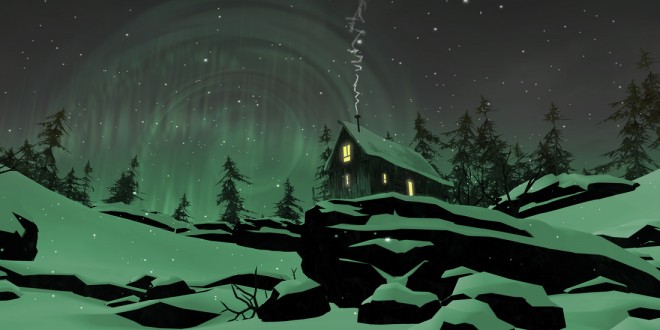 At the E3 show for Xbox it was announced that the Xbox Game Preview Program would be available immediately and provide access to games like The Long Dark and Elite: Dangerous for free. Other games like DayZ would be arriving sometime in the future. I immediately hopped onto my console after the show to give the thing a try, but I couldn’t find anything. So, I went to the search engine and looked up “game preview,” but still found nothing. There was likewise nothing mentioned on the Xbox website. So, I went back to the E3 site to find out which games were available, searched “The Long Dark” on the console and it appeared like any other game in the game store. After a quick-ish download, I was playing The Long Dark for free.

The Xbox Game Preview Program, unlike the Xbox Preview Program, doesn’t require you to sign up or be invited; it is accessible to everyone with the console. Hopefully, Xbox decides to change one of the program’s names, at the moment it’s just confusing. Unfortunately there isn’t a tab or app on the console designed specifically to house available games within the Xbox Game Preview Program; it would be nice to see something like this in the future. Finding the available games, as I found, requires a little searching. To find one of the games available on the program you have to find it on the Xbox game store like any other game. It’s a shame that they’re stored in the same place as the titles in the program aren’t actually finished products; all games are still in development. Plus this will make finding future trial products difficult in the future. But, when you bring up the game, you will see a few noticeable differences. The game will read (game preview) after its title, you will see the option to purchase the game, and below the price a nice “Try for Free” option.

If you try the game for free, the game will download onto your system and your profile will be given 1 hour of game time to give you a bit of an idea of what the game is about. As these products are still in development, you can also get an idea of how glitchy they are and if they’re worth more of your time while in preview mode. After which you can either buy it and keep playing while it remains in development, or you can hold off until the game is released. The 1 hour of free game time is nice, considering the games may be buggy; but with The Long Dark, which has no tutorial, all that I managed to learn in my time was that guns are pointless without bullets, you’ll freeze to death A LOT, and that stealing food from wolves is a bad idea. I was only just getting the hang of things when my game time cut out; I’d complain and say more time is needed, but that’s probably how they hook you into buying. Either way, it’s nice to be able to demo something before actually making the leap to purchase.

The Xbox Game Preview Program is a neat little addition to the console. Not altogether game changing, and perhaps irrelevant for some, but it’s a nice option to have. It also allows you to provide feedback to the developers as they work at the title and perhaps shape the future of games. If you enjoy shopping through Steam’s Early Access titles, then this just might be something for you to look into.

Hi I'm Daniel and I'm an aspiring writer, avid gamer, and wanna-be cook; I'm not quite certain in which order. I like all things RPG and if that means swords n' spells, all the better. But, provided it has a good story I'll probably want to try it regardless of what it is. I'm a Windows junkie, and I spend my time gaming on Xbox, PC, and my 2DS.
@@danielcooper179
Previous Top 10 Steam Summer Sale Encore Deals
Next Ten Great Licensed Games

Elite: Dangerous just launched to what seemed to be a smooth start for the game. ...