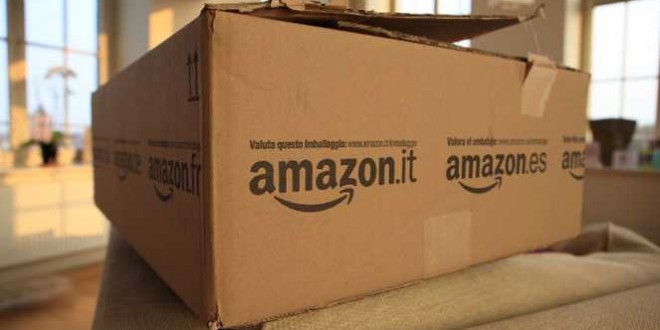 Amazon to develop app to enlist citizens to deliver packages.

Amazon is the most successful electronic commerce company in the world, with its website in the top ten most visited of all time. Originally an online bookstore, now there doesn’t seem to be anything you couldn’t buy from the site. With this and the desire to constantly make coustomers happy, it must be difficult for Amazon to get all of their packages delivered in timely fashion, especially with the Prime Now and other quick delivery services. Looks like they could use a little help.

In a report by the Wall Street Journal, Amazon is supposedly in development of an app that will allow regular citizens to sign up and deliver packages to make some extra cash. Right now the internal name for the idea is “On My Way.” The company would rent out space in urban retailers to hold on to packages, so that the citizens delivering them would have a convenient place to pick them up.

Due to their major increase in packages sold and timely deliveries needed, this is not the first time Amazon has thought outside the box for order transports. Certain cities have employed bike messengers for the Prime Now service. In San Francisco, there was even a time when they tried using taxi cabs and Uber drivers to make deliveries.

No word on the concept has come from Amazon directly, so there is a chance that it never comes to fruition at all. Having regular citizens deliver other people’s property could cause some anxiety anyways. Hopefully we will hear more about “On My Way” in the near future.

@@ChrisWgraf
Previous Does crowd-funding belong at E3?
Next Gears of War 4 shown off at Microsoft’s E3