Breaking News
Home » OPINION PIECES » The Devil’s Advocate: The Division will suffer from the same problems that Destiny has 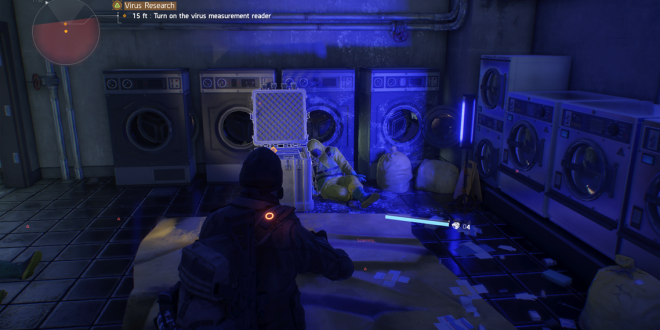 The Devil’s Advocate: The Division will suffer from the same problems that Destiny has

Regardless of whether you spent one hour or a hundred hours (or even simply watched a Let’s Play) in The Division, it is hard to deny that it is a game that successfully brought together two very popular genres: stat-heavy RPGs and pseudo-realistic third person shooters.

To it’s credit, The Division is a well made game overall. But even the most zealous fans of the game can’t ignore the obvious comparisons between it and Destiny which — despite its popularity — has some rather glaring problems. As such, one can’t help but wonder if The Division will run into similar problems in the near future.

One of the largest complaints that people had about Destiny was that Bungie’s solution to making raids harder was to simply make all of your enemies a higher level than you. In other words, the difficulty didn’t come from the mechanics of the Raid itself, but rather from the fact that everything could absorb and deal an arbitrarily high amount of damage.

While The Division’s Challenge mode isn’t too difficult for a properly equipped team, it still employs similar methods of artificially increasing the difficulty of an encounter. True, there may be an extra grenadier or medic in certain areas that normally wouldn’t feature them, but all of your enemies are simply given an egregious amount of health regardless. At best, this turns Challenge mode firefights into tedious affairs for good teams rather than tense and coordinated battles.

To be fair, Challenge mode is simply taking existing missions and making them difficult enough to be considered endgame content, but if future content relies on similar methods of artificial difficulty, then one can expect discontent from The Division’s audience.

Nothing is true, everything is an illusion

Speaking of content, Ubisoft and Massive will have to do everything in their power to keep their audience hooked on the game, especially considering The Division’s lack of a dedicated PvP mode. Yes, they may already have your money from buying the game itself, but if they intend to keep The Division around as a franchise rather than as a flash in the pan, then they more or less have no choice but to keep their audience occupied.

While the lack of diversity in the existing content is cleverly concealed by a handful of cutscenes and an impressive amount of collectibles, people will eventually tire of running to some place, shooting some people, and repeating the process ad nauseam until maybe, just maybe, the game decides to grant them a high end weapon. Bungie learned this the hard way with Destiny, and one can only hope that The Division will not have to suffer a similar fate.

One way that The Division could rectify this is to refresh the high end blueprint vendors so that people will have a new carrot to chase every week. Another is free, and meaningful, content that is delivered on a regular basis (although to be fair, free content is one of the things that has been planned for the game). Otherwise, there is really no incentive to keep playing the game once you’ve bought what you can from the high end vendors.

Never too late…until it’s too late

Fortunately, time is on The Division’s side. Most complaints about the game can be solved with a few tweaks to things like the weapon vendors and the Dark Zone, at least temporarily. In the long run though, we will have to wait and see how Ubisoft and Massive handle what could be the start of a new franchise.

@https://twitter.com/thefallenlords
Previous Is The Division’s endgame already in trouble?
Next Return to PopoloCrois Review – Comfort Gaming