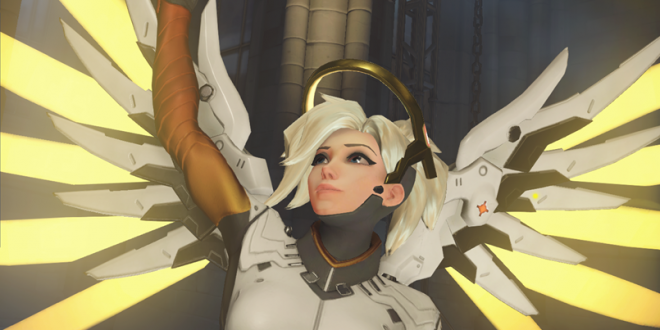 Overwatch review: The newest way to hate your teammates!

Conceptually, Overwatch is no different from any other game in that it is certainly not the first game to revolve around fighting with your team and using your character’s abilities to outplay the opposing team. The most obvious direct comparisons that come to mind are Team Fortress 2 and Battleborn, two games that have similarly cartoon-y art styles, vibrant colors, and class based warfare. Of course, this may make you ask, “Why should I bother with Overwatch if there are already so many games that are similar to it?”

After all, it has no singe-player content to help you get immersed into the world of Overwatch, the gameplay mechanics are relatively simplistic, and there’s no particularly noteworthy number of maps. If it were any other game, it would probably be wise to stay away, but Overwatch manages to offer what may be one of the best multiplayer experiences of the year, despite lacking such features.

Perhaps you could attribute it to how smoothly Overwatch plays, with very little cases of severe lag or any other noticeable technical problems that typically plague AAA games on release. Perhaps you could attribute it to how well balanced every character is, with no singular character being capable of winning a match by themselves even though some of them have significantly more health or can do much more damage than any other character. Or maybe you could give credit to the fact that the leveling and unlock system only affects the cosmetics of your characters, guaranteeing that someone who just purchased the game will never be at a technical disadvantage compared to someone who may have already invested hundreds of hours into the game.

Either way, the basis of Overwatch is simple: you get to pick from a roster of 21 unique characters, each with their own set of abilities, and then you go and either escort an objective to a certain point or you fight over a certain point on a map. The abilities themselves are designed to counter or augment certain playstyles (for example, Tracer’s abilities help her harass the other team, but they are of limited use against turrets), which means that it may be prudent to switch characters as the match goes on if needed. This ensures that no singular character will ever be the must-have character for every team, simply due to the fact that every character has a direct counter.

Unfortunately, the fact that Overwatch relies so heavily on having competent teammates to win may be frustrating to some. While other multiplayer games offer a chance for you to do well at a personal level, even if your team loses, there is no such mercy in Overwatch. Sure, you may be able to get the most kills on your team, but if your team can’t perform their roles competently, you just won’t make progress. This means that communication, or at least being aware of your surroundings, is a key part of the game, as no attacker can heal themselves efficiently enough to go on a killing spree at an enemy’s spawn point, while no healer can fend off constant attacks from skirmishers and do their job. Without one or the other, your team will not succeed, and chances are that you won’t have a good time either.

On the bright side, the fact that the biggest complaint one may have with Overwatch is “my teammates are really bad” speaks volumes to how well polished the game is. Even if Overwatch ends up being a flash in the pan, it is undeniable that it is a very aesthetically pleasing game that combines the competitive nature of multiplayer with unique personas, and while you may not like the idea of paying $60 for a multiplayer only game, it is certainly a better experience than some other multiplayer experiences as of late.

@https://twitter.com/thefallenlords
Previous What’s in Fallout 4’s Far Harbor DLC and is it worth it?
Next Lichdom: Battlemage Review