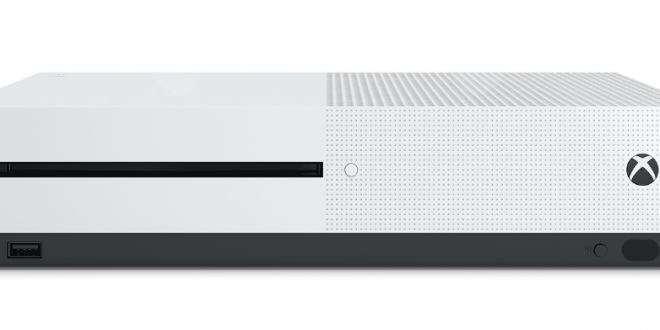 Year after year, dozens upon dozens of developers and publishers converge upon the Los Angeles Convention Center to show off their upcoming projects at E3. Naturally, this means that there are always some presentations that get everyone excited about an upcoming game or piece of hardware, and some presentations that leave the audience unimpressed. E3 2016 was no different, especially with so many companies that are trying to capitalize on the popularity of Virtual Reality gaming.

With a presentation that showed off Gears of War 4, Halo Wars 2, Dead Rising 4, Forza, and more, it was hard not to find something that would appeal to your particular tastes in games. There were shooters, there were racing games, there were open world games, and there were plenty of games that ranged from being incredibly serious and somber to being light hearted and colorful; virtually anything that you wanted, you could have seen at Microsoft’s E3 presentation, and the best part was that they all looked great. They showed off just enough for you to understand what the games were about, more or less what to expect in terms of graphics, when to expect them, and best of all, the games (or most of them anyways) had interesting premises.

Of course, Microsoft did have a lapse of judgement by announcing an upgrade to the Xbox One that is going to be obsolete due to the existence of another, more powerful Xbox One that comes out in a year or so.

With everyone trying to establish their own corner of the VR market, it should come as no surprise that Sony has their own VR project in the works. What was surprising was how competitive it was, being no more expensive than all the other VR headsets that currently exist, but possessing a key advantage over the competition: you didn’t have to invest in building a PC for the sole purpose of playing VR games and you didn’t have to look around for a game that may or may not work. Even if VR gaming isn’t your cup of tea, there were plenty of games that were shown off that should appeal to most people, even if some of them weren’t exactly things that had concrete release dates or revolutionary gameplay.

Speaking of which, a fair amount of what was shown wasn’t exactly in the “Hey, you can play this soon!” kind of stage, acting more like glorified tech demos or teasers to projects that likely won’t be released within the year.

It is no surprise that Ubisoft was in a bit of trouble before E3 2016 with their handling of The Division (and most of their recent games in general), but surely they used this opportunity to show everyone that things are going to change right? Kind of.

While South Park: The Fractured But Whole looked interesting, and For Honor at least looked pretty, there wasn’t exactly much that indicated that Ubisoft was aware of how people view them. There was barely any news on The Division (aside from some teasers for their first two DLC packs), Ghost Recon: Wildlands had the same generic tactical shooter presentation that Ubisoft loves, Watch Dogs 2 didn’t seem like a game that is any different from any of their other open-world exploration games, and the only mention of Assassin’s Creed was more or less a trailer for the upcoming movie. For crying out loud, their presentation ended with the debut of a realistic mountain sports game, where the most interesting thing that could happen is seeing another character collide with a tree at speeds that should probably kill them.

Bethesda arguably had the best E3 presentation of 2015, debuting both Fallout 4 and DOOM, but this year, they fell a bit flat. That’s not to say that they had a bad showing of games per se: after all, Bethesda did show off a lot of Dishonored 2 gameplay, they unveiled their new space-based horror/mystery IP, and they announced the last of the upcoming Fallout 4 DLCs among other things, but the presentation itself felt a bit stretched. After all, you can’t exactly present a card game in such a way that it looks visually amazing, and announcing a remastered version of an old (but popular) game at E3 is the rough equivalent of saying “Look, our presentation is just under two hours long but we only have around an hour of new content to show.” And with so much of the presentation dedicated to talking about the technical side of Dishonored 2 (as interesting as it may be), you can be sure that some people got a bit antsy.