Cuphead got immediate attention as soon as it was revealed during the Xbox E3 press conference of 2014, a run and gun indie platformer with aesthetics inspired by the cartoons of the 1930’s is similar to what many ask for when they say they want to see “completely new ideas” when it comes to making original Intellectual Properties.

However, the game’s reveal was simultaneous to a statement from the developers that said that the game’s art was around 40 percent complete, which in term meant that development was going to take a long time. After years of waiting developer Studio MDHR has finally announced a definitive release window, Mid-2017.

Some could be disappointed after last year’s statement that said the game would launch on 2016, but as stated by Cuphead’s art director Chad Moldenhauer, “Throughout this year we discussed reducing the scope to make a 2016 release, but we made the difficult decision to delay the launch in order to ship with our vision intact”.

Mid-2017 does seem like a plausible release window, as Cuphead has been shown more than ever during 2016, including announcements regarding levels, content on release, and information on how the upgrades will work.

Winner of awards such as IGN 2015 Best Xbox One Game at E3, Cuphead has had my attention for over two years now and I can’t wait to play it and get absolutely destroyed by its brutal difficulty. Cuphead will release on Steam and Xbox One so stay tuned for further news regarding it.

Born in Peru, a student of Communications, and a dedicated xbox fan, Sebastian has loved videogames since he was 5 years old and he's determined to show the world that they can be art.
@@NetworkFork
Previous Furi hits Xbox One with timed exclusive content
Next Valerian To Have Game Developed 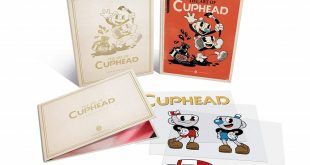