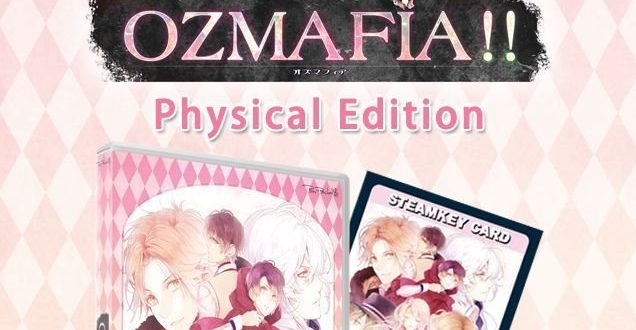 Return to Oz with the re-release of Ozmafia

A one-way ticket to the revamped but dangerously romantic Land of Oz has just recently become available for pre-order from the site Mangamer.com this winter. This physical albeit limited edition of the game, Ozmafia, includes a two-sided cover, game disk, Steam Key Card, and six character buttons featuring Caramia, Kyrie, Axel, Caeser, Scarlet, and Pashet. Poni-Packet SY released the English version of Ozmafia earlier this year on April 29 for the PC; due to the game’s grand success and prominence among otome gamers everywhere, Ozmafia received a short anime that aired this summer and consisted of twelve five-minute episodes.

Ozmafia’s appeal possibly stems from it’s sense of candour and readiness to embrace tragedy; most otome titles will provide players with varying degrees of satisfactory conclusions, while others usually provide players with the standard good-bad ending. Three of the nine characters endings available to pursue in Ozmafia are far from happy; they leave players feeling forlorn and woeful; however, this unconventional approach to the otome game genre allows players to experience a new kind of romance where parting is such sweet sorrow. Ozmafia also features love triangles, a route switch mechanic available for Caramia, Axel, and Kyrie, whereby once players are on the route of one of the Oz characters, they will enter the ‘triangle’ route of their chosen Oz character and a rival. The player will determine the rival of their chosen Oz character by the number of affection points they assign to the two remaining characters. The decisions the player makes throughout the triangle route will decide whether the player stays with or rejects their original choice. Overall, Ozmafia is definitely a game worth playing, if only for the extra content players gain access to after playing the game twice. The content varies depending on whom the player chooses to pursue.  Ozmafia is quirky, fun, and at times bittersweet; it is definitely a title worth purchasing if you like something a little less fairy tale and more Grimm tale. 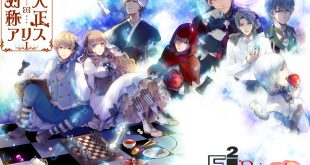