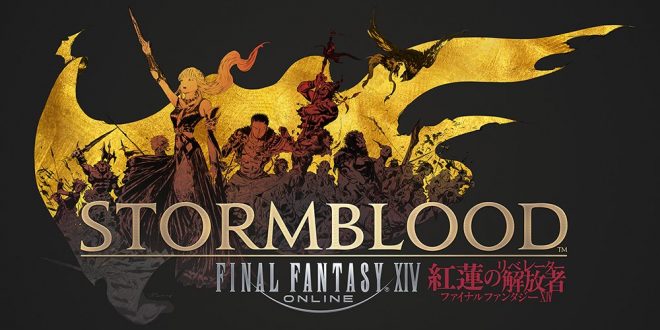 Final Fantasy XIV has quickly grown into one of the most popular MMOs in the world. After the fiasco that was 1.0, Square Enix literally destroyed the world and started from scratch, releasing a newly redesigned game that has captured the attention of many a gamer. Final Fantasy XIV is known for its sprawling story that spans hundreds of hours from a character’s start as an outsider to the savior of the world. The story is often praised, but what happens when you create your third or fourth character? The game usually avoids this issue by design, as it allows you to change your job at will, nearly eliminating the need for alts. But what if you’re tired of your Roegadyn and want to play a Lalafell? What if you want to play on a different server and can’t transfer? In that case, it’s time to suck it up and go through the entire story all over again.

In a forum post yesterday, director Naoki Yoshida explained the concept of Jump Potions and Boost Potions. Jump Potions are currently implemented in the Chinese and Korean versions of Final Fantasy XIV, and serve to “make it easier for new players to catch up with the rest of the community.” Once the new expansion is released, new players (or those making new characters) would have to level a character up to 60, complete the main story quests for both A Realm Reborn and Heavensward, and collect gear that is powerful enough to let them tackle the new content. Yoshida stressed the importance of bringing fresh blood into the game as Final Fantasy XIV continues to mature, stating, “If an MMORPG is not able to recruit new players, all that is left is for the game to stabilize and eventually go on a decline. At that moment, the type of operation of the game would shift to one that works hard to slow down the pace of decline. To prevent the game from reaching that point, we would like to prepare as much as we can for the potential new players that may be interested in the game.”

The team is still debating whether said potions will be added, but Square Enix has seen great success in Chinese and Korean versions. The Story Skip Potion, as implied, allows you to skip Final Fantasy XIV’s story. As currently implemented, the potion automatically clears through the end of A Realm Reborn, but developers are planning to add an additional potion that skips through Heavensward. The Job Jump potion instantly boosts a job (Besides Machinist, Dark Knight, Astrologian, and the new Stormblood jobs) to level 50.

Reactions to this news are mixed. Is it prudent to allow players to skip such a major part of the game? Will letting players boost a job instantly to 50 result in unskilled players? Only time will tell.

My name's Zach and I'm a college student supporting myself with freelance writing as I finish my degree. I largely focus on technology news and reviews for LoadTheGame, though I do report on games from time to time.
@zr566762
Previous November’s Top Playstation Store Games
Next The Walking Dead Part I and II Available Today