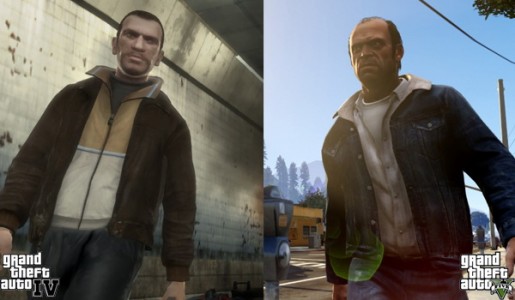 Grand Theft Auto V is the fastest-selling entertainment product in history. Gamers jumped at the chance to experience Rockstar’s latest installment in the GTA series immediately after release, and have dumped huge amounts of time both into the single player campaign and the expansive multiplayer version, Grand Theft Auto Online. The community of Grand Theft Auto players is vibrant and creative, and the mods released for previous installments are evidence of that fact. With mods ranging from complete graphic overhauls to tuning of ammo, fuel, and even explosions, the modding community has managed to keep an aging game fresh.

Many of the cool mods are made possible by tools like OpenIV. OpenIV is an archive manager and editor for Max Payne 3, Grand Theft Auto IV and now V that allows easier and more extensive modding of the series. The developers behind OpenIV have announced a plan to bring Liberty City from Grand Theft Auto IV into the game world of Grand Theft Auto V.

There’s not a whole ton of information about the mod yet besides the announcement that it’s under development and the short teaser embedded above. The huge size of the two games combined with concerns about distribution rights means that OpenIV’s mod will require both games to be owned and installed and will pull from both titles into one modded game experience. Liberty City won’t replace Los Santos or Blaine County but instead exist alongside it on the other side of the ocean. Keep in mind, when playing a modded game you won’t be able to go online, so your exploration of Liberty City inside Grand Theft Auto V will be limited to single player shenanigans. Regardless of the limitations, adding more content to the already gigantic world inside GTA V is more than enough reason to dust off that install and make some more mayhem.

My name's Zach and I'm a college student supporting myself with freelance writing as I finish my degree. I largely focus on technology news and reviews for LoadTheGame, though I do report on games from time to time.
@zr566762
Previous Winners of Steam Awards Announced With Deep Discounts
Next Counter-Strike: Classic Offensive Mod Beta Released