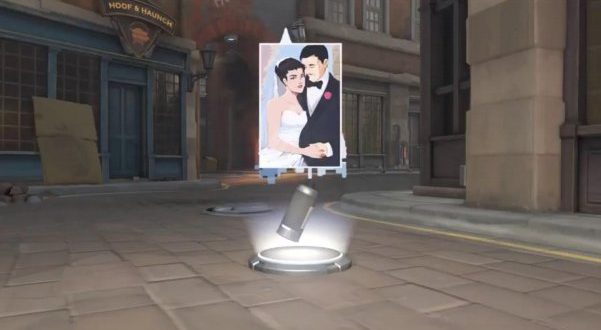 Previously leaked by Playsation France (who has since removed the leaked video and uploaded the intended one), Overwatch’s new game mode has finally been legitimately unveiled by Blizzard. The event takes place years before the actual time of the base game, when Overwatch was still a unified organisation rather than a disorganised collective of oddballs dotting the globe. Players take control of Tracer, Mercy, Torbjörn and Reinhardt as they fight through a war torn King’s Row, beset on all sides by the Omnic extremist group, Null Sector.

Like Overwatch’s previous event, Junkenstein’s Revenge, this will be a PvE situation wherein the players involved will be working together to beat back a horde of AI controlled robots. Unlike before, players will be trying to defend a play-load as it pushes through the city, and the enemies seem to be much faster and aggressive than the lumbering ‘zomnics.’

In addition to the event game mode, new skins and sprays will also be available to be collected. Highlights include costumes for many of the key Overwatch personnel in their prime, and costumes for the ‘Blackwatch’ members Genji and McCree. There are numerous goodies and items of interest to earn, including a new skin that shows the game’s resident sniper, Widowmaker, before her transformation to a literal cold-hearted killer. Additionally, eagle eyed fans spotted a spray that seems to be a picture of pre-brainwashed Widowmaker with her murdered husband, Gerard, which is significantly the first times fans have been given a hint to what he might have looked like. 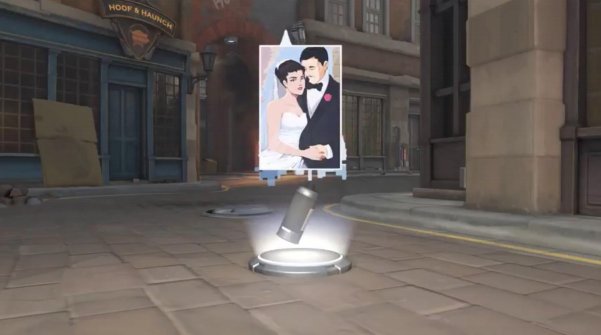 Three guesses where Widowmaker gets her name from. The first two don’t count.

Thinking about it, this event will be a fairly significant one for lore fans, both for the above reveal of Widowmaker’s character and because this will be the first time players will get to experience something similar to the Omnic Crisis. Admittedly, this isn’t the actual Omnic Crisis: the event is actually placed a few years after the Crisis was over, but seven years before the base game. However, this mode might be an important step in understanding just how bad the war was, and why certain characters still hold such a deep distrust even years after the fact.

Knowing Blizzards extreme attention to detail and love of including secrets and Easter Eggs in their products, I’m certain we can look forward to fans dissecting the event and finding out just how many bonuses Blizzard has snuck into it. The event will run from April 11th to May 1st

I’m Load The Game’s co-founder and community manager, and whenever I’m not answering questions on social media platforms, I spend my time digging up the latest news and rumors and writing them up. That’s not to say I’m all work and no fun, not at all. If my spare time allows it, I like to engage in some good old fashioned online carnage. If it’s an MMO with swords and lots of PvP, I’m most likely in it. Oh, and if you’re looking to pick a fight in Tekken or Mortal Kombat, I’ll be more than happy to assist! Connect with me by email markjudge (@) loadthegame.com only
@@MarkJudgeLTG
Previous Battlefront 2 Leaking from a Galaxy Far Far Away
Next Nintendo Switch is already being hacked