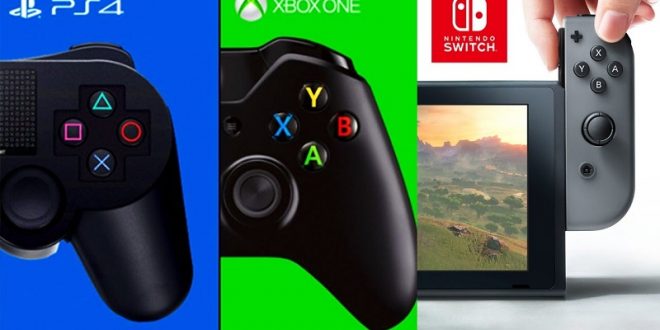 The video game industry shows no signs of slowing down, with each year bringing more and more financial successes. Now the NPD Group has released video game sales numbers for the month of May, while also shedding some light on how the industry is doing as a whole this year.

The NPD Group revealed that the industry generated $685 million in May 2018, which is up from the May 2017 haul of $607 million. The main cause of the increase is due to hardware and accessory sales, whereas software sales have been down slightly so far this year. Hardware sales totaled $186 million in May, with accessories making up $225 million.

Unsurprisingly, the PS4 has continued its streak as being the best-selling console on the market, but all three of the major players have been doing very well. NPD analyst Mat Piscatella told Venture Beat that “Sony’s PlayStation 4, Microsoft’s Xbox One and Nintendo Switch all achieved all-time unit sales highs for a May month. Previous highs were May 2016 for PlayStation 4, May 2015 for Xbox One, and May 2017 for Switch.”

Hardware sales are also looking great, with both headsets and gamepads reaching all-time record highs. Piscatella said that “The previous year-to-date high spending for headsets occurred in 2011, gamepads 2016. Sales of headsets/headphones more than doubled in May 2018 when compared to a year ago. Year-to-date, headsets/headphones spending has increased 83 percent.”

Things are looking very good for the gaming industry, and these numbers are only going to improve as we get into the holiday season.