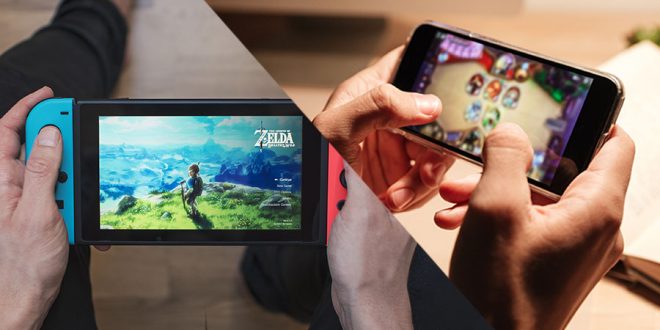 Predictions for the future of mobile apps and gaming in 2019

2018 saw huge advances in mobile gaming, in every sense. More people were buying and playing games on their phones, game developers were making more money from the mobile market, the market for mobile gaming was spreading across the globe, and mobile games were becoming ever-more complex and sophisticated. At the same time the hyper-casual genre was undoubtedly the mobile gaming phenomenon of the year, as free, simple and easy-to-play games of skill or logic, such as Twisty Road, Jelly Jump, Tomb of The Mask and Snake vs. Block became massive hits.

Hyper-casual games are addictive and uncomplicated, and are incredibly easy to produce. Monetized entirely by revenue from in-app advertising, many predict that these games will continue to dominate 2019. At the same time, there are indications of a backlash, as better and more powerful phones, and the roll-out of 5G, enable more advanced gaming on a par with the equivalent console or PC games.

It seems a safe prediction that both extremes will be well-catered for, the hyper-casual and the hardcore game. Perhaps both these areas will be market leaders, and mobile gamers will desert the middle ground for either quick-fix hyper-casual diversions or the immersive game worlds beloved of serious gamers elsewhere.

The mobile versions of “last man standing” mass combat games, led by Fortnite: Battle Royale and PlayerUnknown’s Battlegrounds (PUBG) look set to remain huge sellers throughout 2019. Indeed, whether it’s Fortnite, Call of Duty or Candy Crush, a small number of big hitters look set to dominate the mobile games market in 2019, with small independent creators struggling to break out in a crowded market.

Sports betting apps look set to do well in the coming year as well, such as the online sportsbook BetStars App with its unique ‘Spin & Bet’ feature and a weekly free bet. In terms of players making money from gaming apps, 2019 also looks set to be the year that the cryptogaming phenomenon breaks into the mainstream. Reliant on the emerging Blockchain technology, games like Cryptokitties allow players to own their in-game assets and sell them on for real money. In this case that asset is a digital pet cat, which can also be bred with another to create a kitten that can also be then sold on. With variations like Crypto Countries and CryptoBots, this is a field in which players can become creators and monetize their gaming achievements.

App market to go through the roof

According to the app market data analysis firm App Annie, global consumer spending on mobile apps is expected to top $122bn in 2019 and to grow at a rate five times that of the global economy. China will be the biggest growth market, although that country’s government’s freeze on game licensing will slow take-up somewhat.

Mobile gaming is spreading across the globe, with many emerging markets like Indonesia set to be important over the coming months. Over the course of the year mobile is expected to account for a 60% share of the market for all gaming platforms, with the rise of multiplayer mobile games and cross-platform gaming expected to help that trend.

Between 2016 and 2019 we’ll be using 110% more video streaming apps per device and in-app subscriptions in those apps will lead to a 520% increase in spending on entertainment apps generally. It’s predicted that mobile users will on average spend ten minutes in every hour streaming video, mostly using short-form video apps like YouTube, Tik Tok, Snapchat and Instagram. The live streaming market also looks to be shaken up as partnerships like the ones between Paramount and Netflix, or A24 and Apple, have an impact.

The biggest mobile game of the year

Finally, it may be too early to say what the big hit of 2019 will be, but the favorite right now is definitely Harry Potter: Wizards Unite from Niantic. Tapping into the still-hugely popular Harry Potter franchise, the gaming app from Niantic is expected to take over $100m within just 30 days of its launch. Will it out-perform the phenomenal success of Pokémon Go? Again, it really is too early to say, but with the increased number of mobile gamers generally then anything is possible.

From simple casual games to highly sophisticated adaptations of your console favorites, 2019 looks set to be the best year yet for mobile gamers. The 5G generation will also find a wider range of more capable apps to make their lives easier and more fun. 2019 is going to be the year of the mobile.

I’m Load The Game’s co-founder and community manager, and whenever I’m not answering questions on social media platforms, I spend my time digging up the latest news and rumors and writing them up. That’s not to say I’m all work and no fun, not at all. If my spare time allows it, I like to engage in some good old fashioned online carnage. If it’s an MMO with swords and lots of PvP, I’m most likely in it. Oh, and if you’re looking to pick a fight in Tekken or Mortal Kombat, I’ll be more than happy to assist! Connect with me by email markjudge (@) loadthegame.com only
@@MarkJudgeLTG
Previous Online Gaming: Why You Should Invest in an Awesome Keyboard
Next EaseUS Data Recovery Wizard for Mac 11.8 – The way to save your data from being lost forever

Epic Games’ Fortnite might make it to PS4 and Xbox One