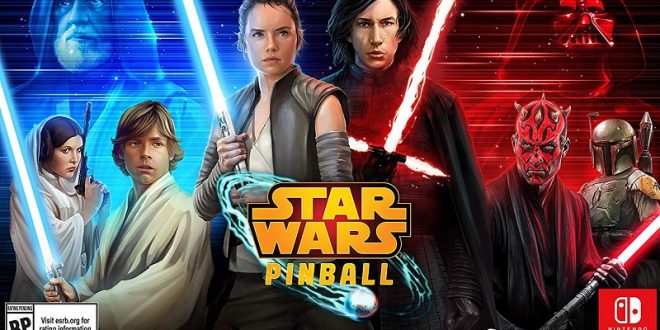 Next month will see the release of Star Wars Pinball on the Nintendo Switch, mixing the popular movie franchise with the popular arcade game that should please both parties. If you’re planning on picking the game up then you’ll likely want to know how much space it’s going to take up on your Switch, and now we have that information for you.

If you go to the game’s product page on the Nintendo eShop, you can see that the game’s space requirements are just 1.3 GB. This is definitely on the smaller end of things when comparing it to most other game’s in the Switch’s roster, but then again it is just pinball at the end of the day.

The following is an overview of the game from the official Amazon page:

“Star Wars Pinball offers 19 exciting digital tables covering every corner of the galaxy, from movie and television adaptations to iconic characters, locations, and Star Wars themes. Exclusive Nintendo Switch features like HD Rumble and vertical play bring the pinball experience to life, as you take on legendary adversaries, TIE fighters, Death Stars…and the leaderboards! Play in a traditional pinball manner, or engage in short Career Mode challenges. Then add in some Force powers to see your scores climb faster than lightspeed. And will you choose the ways of the Jedi or the Sith? What is your destiny?”

Star Wars Pinball launches on September 13th, with the price being set at $29.96 as of the time of this writing.