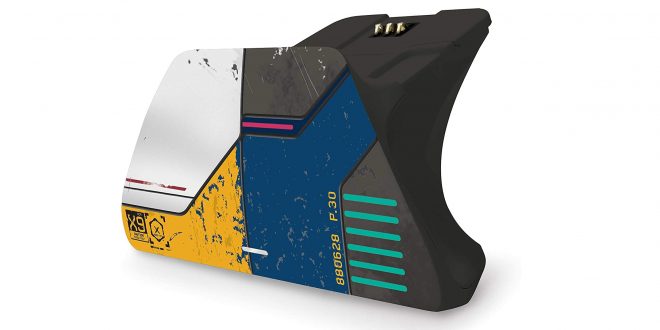 CD Projekt RED’s sci-fi RPG Cyberpunk 2077 is coming later this year, but you’ll be able to get something related to the game much sooner than that. Amazon recently posted a product page for a limited edition Xbox Pro Charging Stand based on the game, revealing things like the price and release date.

First up we have the product description, which is the following:

“Become a cyberpunk, an urban mercenary legend on the streets of Night City by completing your gaming set up and docking your controller on your matching Charging Stand. Equipped with cybernetic enhancements, this Xbox Pro Charging Stand is designed to perfectly match both the Samurai Limited Edition Xbox One Controller and cybernetically enhanced console. Battle worn, and distressed, this Xbox Pro Charging Stand is a premium, high performance, seamless charging experience. Compatible with Xbox One X, Xbox One S, Xbox One, and Xbox Elite Controllers. Not compatible with the Xbox Elite Series 2”

This charging stand’s price is currently set at $49.99, though Amazon prices tend to fluctuate. There is a pre-order price guarantee, however, which assures you’ll get the lowest price ever offered if the price drops following your pre-order. The release date is set for May 18th.

It’s hard to believe that after being in the works for a decade, Final Fantasy ...