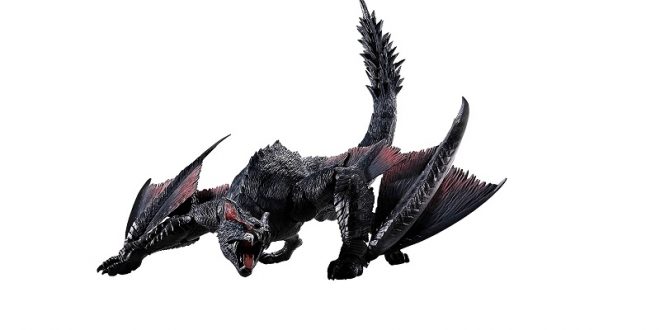 The Monster Hunter series is one that has no shortage of massive beasts to take down, with some of them having to be seen to be believed. If you consider yourself a hardcore fan of the series and would like one of the monsters to display in your home, then this is the post for you.

Amazon has recently posted a product page for the Monster Hunter: Nargacuga MonsterArts figure, revealing things like the price, release date and more. First up we have a break down of the key features, which are the following:

The price for this figure from MonsterArts is currently listed as $80, though it’s possible the price will fluctuate from now until release. A pre-order price guarantee ensures you’ll get the lowest price ever offered if the price drops following your pre-order, however. The figure will release on October 31st.