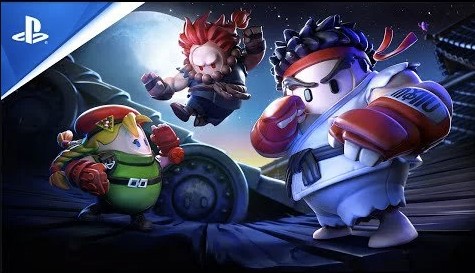 Since being acquired by Epic Games, Fall Guys has been actively channeling its inner Fortnite through numerous crossover partnerships. The World Warriors Ryu, Cammy, and Akuma are joining the fight at the Fall Guys Store, which is its most recent effort. All three characters, as well as several add-ons like Namplates and even a Hadouken Emote, are already available for purchase.

All of this is a part of Fall Guys’ most recent season, Sunken Secrets, which has just begun and includes a number of additional activities as well as a Season Pass filled with SpongeBob Squarepants-inspired cosmetics. There is much to explore, so will you be expanding your Bean’s already diversified wardrobe with any of the World Warriors?

Old-school gamer with a cheeky tongue that gets me in trouble. When I'm not playing games, I'm writing about them, preferably in the vicinity of a fridge! Oh, and if you're a Justin Bieber fan, I'm afraid we can't be friends!
Previous Reportedly, client information from GameStop’s website includes addresses
Next Primal Groudon and Kyogre are hinted at in the winter season of Mythical Wishes in Pokémon Go