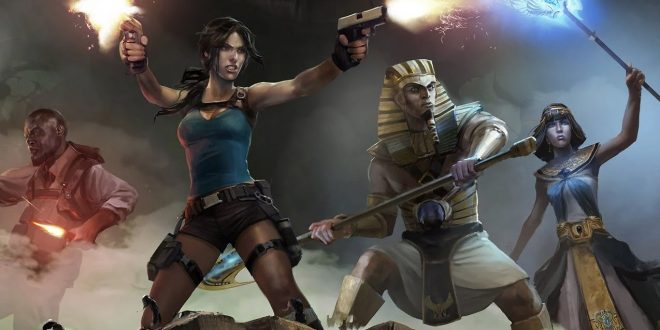 We first learned that the two Tomb Raider spin-offs, Lara Croft and the Guardian of Light / the Temple of Osiris, will be arriving to Switch in 2022 back in the murky days of October 2021. It should not surprise anyone to learn that the two games have been delayed to 2023 with the year almost over (with no Tomb Raider on Switch to show for it) (thanks, Nintendo Everything).

Square Enix and Feral Interactive are in charge of the titles, and the latter company acknowledged the delay in passing on Twitter in response to a query on when the games will be launched. Although a planned release date has not been officially announced, @feralgames feel very certain that it won’t be in the final weeks of this year and hint that there will be more information to come in 2023.

Lara Croft and the Guardian of Light/Temple of Osiris are now coming to Nintendo Switch in 2023. We look forward to sharing more in the new year!

Feral stated that a physical release might also be forthcoming in addition to the delay. The studio said when asked whether there are any plans to distribute boxed copies that they “will surely consider it but nothing has been finalized yet,” but added that nothing has been confirmed at this time.

While not on par with the larger mainline games in the series, the two games were first released in 2010 and 2014, respectively. According to the developers, both games combine “the hallmarks of Tomb Raider”: exploration, platforming, and puzzles with new elements like “cooperative multiplayer, character progression, and fun fast-paced combat.”

Neither game has an official Switch trailer as of yet, but you can get a pretty good idea of what they’re both about by watching The Temple of Osiris’ debut trailer, which is shown below.

For the time being, it looks like we’ll have to wait a few more months until Lara Croft makes an appearance on Switch.

Old-school gamer with a cheeky tongue that gets me in trouble. When I'm not playing games, I'm writing about them, preferably in the vicinity of a fridge! Oh, and if you're a Justin Bieber fan, I'm afraid we can't be friends!
Previous The much-anticipated loadout drops are back in Warzone 2.0 Hot swap
Next Calico’s “Pawsome Edition” update adds new animals, visuals, and other features