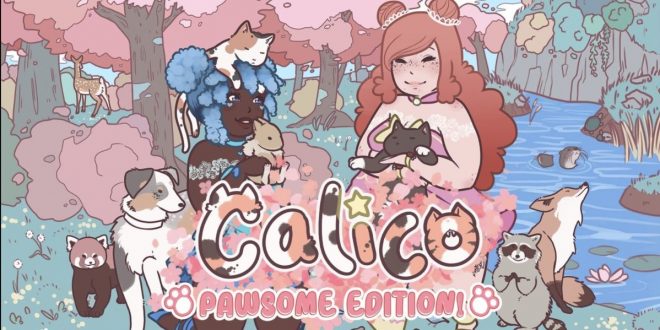 We weren’t really impressed with Calico when we evaluated it in January 2021. It’s true that the adorable kitty café sim had a few positive aspects, but problems and glitches plagued the game from every angle, lowering the quality of the overall experience. In an effort to address some of these flaws and add additional content, the game’s creator Peachy Keen Games and publisher Whitethorn Games have now revealed that a sizable new update is coming for it.

There are a lot of new things in the “Pawsome Edition” (see what they did there?) update, which is now available on Switch. The update includes new minigames for the baking portion of the game, new animals to kidnap and adopt into your café environment, and more customization options for the café itself in addition to a UI and visual “overhaul.”

The largest difference here may be the new culinary minigame, where timing and precision directly affect your sale pricing. Check out the following from Whitethorn Games for more information on what this new feature has to offer:

“The cooking that players have come to know and love have now been expanded! Each recipe now comes with its own series of minigames to perform in the kitchen. A new system for selling food in the cafe has also been added; time and accuracy in the recipe minigames will award players with a gold, silver, or bronze star, which will provide different bonuses to sales prices. But be careful: once customers have bought all the fresh food, star bonuses will disappear until that recipe is played again.”

We can’t yet comment on how well this new update addresses some of the major problems we discovered with the game at launch last year because we haven’t had a chance to test it out. I’m crossing my fingers that it’s considerably better now.

Old-school gamer with a cheeky tongue that gets me in trouble. When I'm not playing games, I'm writing about them, preferably in the vicinity of a fridge! Oh, and if you're a Justin Bieber fan, I'm afraid we can't be friends!
Previous Switch spin-offs for Lara Croft’s Tomb Raider have been postponed until 2023
Next 75% of public feedback on Microsoft’s purchase of Activision was favorable