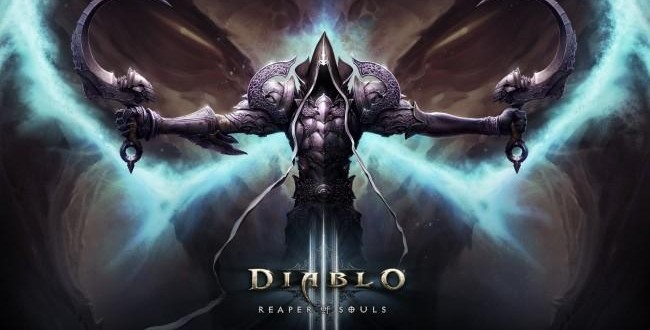 Diablo 3: Reaper of Souls sells over 2.7 million copies in its first week

Diablo 3: Reaper of Souls sells over 2.7 million copies in its first week

Blizzard announced earlier today that Reaper of Souls, the expansion pack for Diablo 3 has sold over 2.7 million copies in its first week after release on Mac and PC.

The company states that players have defeated the Angel of Death, Malthael over 1.5 million times already and by all accounts it seems like they’re not done with him just yet.  Reports also indicate that Reaper of Souls live streams on Twitch TV managed to gather over 2.4 million views just on its launch day.

Overall these are pretty impressive figures given the fact that Diablo 3, Blizzard’s highly anticipated RPG was a letdown for many fans of the series. Many thought that players might slowly lose interest in the franchise but apparently this is not the case, and with reviews praising the game popping out left and right it seems faith in Diablo has been restored. Here’s hoping this also marks the return of expansion packs which have been lacking lately while the release of DLCs are becoming more and more common.

“Together with the new loot experience we added to the game,Reaper of Souls improves on Diablo 3  in countless ways” said CEO and co-founder of Blizzard Entertainment, Mike Morhaime. He also stated that “Players returning to Sanctuary will find a darker, more engaging, and much more rewarding experience awaiting them.”

Reaper of Souls adds lots of new content and introduces players to a new act, a new hero class called the Crusader, fully randomized dungeons, a new level cap of 70 as well as an Adventure mode amongst other things. Fans of other Blizzard games also get a bunch of goodies if they choose to buy the expansion. World of Warcraft players may enjoy the new Treasure Goblin pet while Starcraft 2 owners get to customize their profiles with the new Crusader-themed portraits and Malthael-themed decals. Hearthstone fans weren’t left out either, Expert Card Packs will be given to all those who buy the expansion.

Diablo 3: Reaper of Souls is now available on PC and Mac, the expansion pack will be included in the Diablo 3: Ultimate Evil Edition that is bound to come out later this year and is also being developed for Xbox One and PlayStation 4.

I’m Load The Game’s co-founder and community manager, and whenever I’m not answering questions on social media platforms, I spend my time digging up the latest news and rumors and writing them up. That’s not to say I’m all work and no fun, not at all. If my spare time allows it, I like to engage in some good old fashioned online carnage. If it’s an MMO with swords and lots of PvP, I’m most likely in it. Oh, and if you’re looking to pick a fight in Tekken or Mortal Kombat, I’ll be more than happy to assist! Connect with me by email markjudge (@) loadthegame.com only
@@MarkJudgeLTG
Previous Hearthstone: Heroes of Warcraft – Then and now
Next Battlefield 4 DLC delayed on PC as DICE is struggling with lag and issues