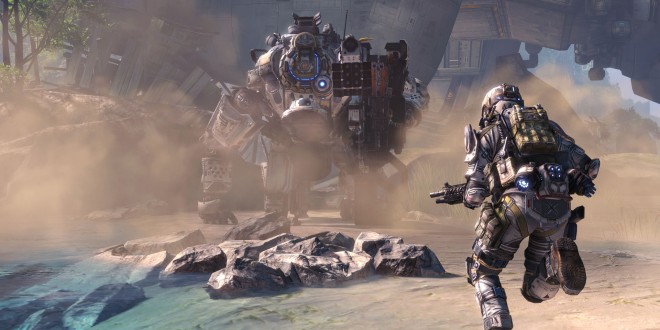 Early Xbox 360 Titanfall copies are being sold by retailers

It appears that some people got their hands on some Titanfall Xbox 360 copies from retailers a few days before release. They won’t get to enjoy it much though as the servers will only be online when the game actually launches. However this does mean that players who like looking at menus will surely have a blast knowing they can do so before the others. That’s not the main thing of course, the information on the back of the Titanfall box is. It looks like the Titanfall’s Xbox 360 version requires a 1 GB install on consoles with hard-drives before the game can be played. Xbox 360’s with 4GB hard drives, as well as Arcade consoles won’t be able to run the game, so keep storage in mind when shopping

Also, the game appears to be running at above 30 FPS, and that’s the good news. The bad news is that the Xbox 360 version runs at a resolution lower than 720p, but we’ll have to wait for the sci-fi shooter to be released before we’ll know exactly how well it performs. In theory it should run just as smoothly as any other 360 title.There are no gameplay videos or screenshots for the Xbox 360 version as of yet, and with just a few days to go it’s doubtful we’ll get to see any before it comes out.

The Xbox 360 version of Titanfall is scheduled for release on the 8th of April after it has been delayed twice since its original launch date back in early March.

I’m Load The Game’s co-founder and community manager, and whenever I’m not answering questions on social media platforms, I spend my time digging up the latest news and rumors and writing them up. That’s not to say I’m all work and no fun, not at all. If my spare time allows it, I like to engage in some good old fashioned online carnage. If it’s an MMO with swords and lots of PvP, I’m most likely in it. Oh, and if you’re looking to pick a fight in Tekken or Mortal Kombat, I’ll be more than happy to assist! Connect with me by email markjudge (@) loadthegame.com only
@@MarkJudgeLTG
Previous Doom 4 beta will only be available for next-gen consoles and PC
Next Samsung achieves breakthrough with Graphene