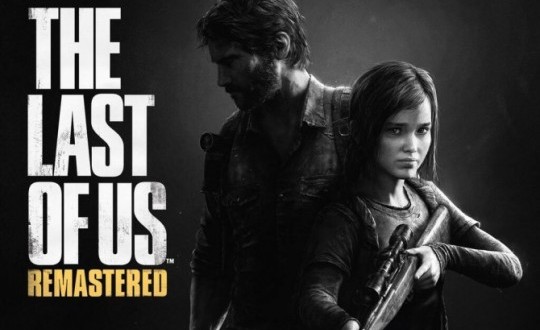 The Last of Us Remastered has a possible release date

A few retailers have made The Last of Us Remastered available for pre-order and are listing the game as launching on June 20, 2014. This is a little strange given the fact that there was no official word from Naughty Dog or Sony on the matter. Target is one of the retailers that have made the game available for purchase, as seen in the screenshot below. 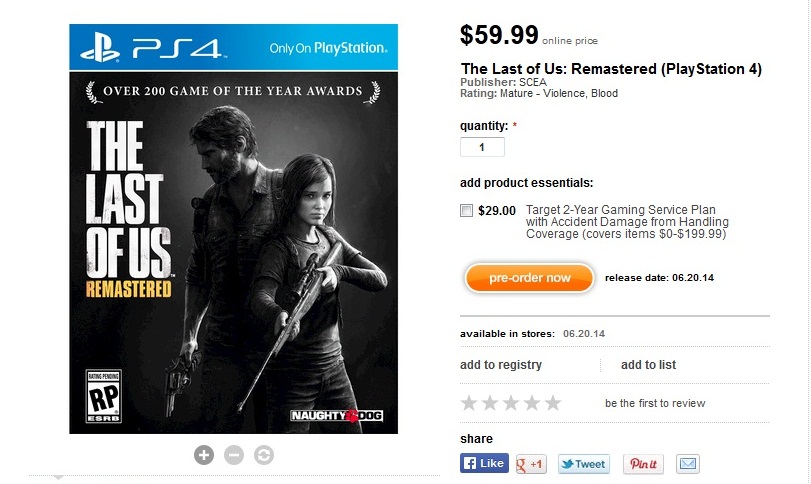 The Last of Us Remastered was also seen on both Game Fly and Best Buy’s websites, and they were also listing June 20. The date itself is interesting because it comes shortly after E3, which is scheduled for June 10-12. Sony announced the Remastered version just a few days ago, and they stated that it was coming this summer for PS4 but no exact date has been given. So is it possible that the retailers know something we don’t?

A quick look on Sony’s own store reveals that The Last of Us Remastered is indeed available for pre-order for the price of $60 but the release date listed is December 31, not June 20. This is most likely just a placeholder however. The PS4 version will run at 1080p, has higher resolution characters and features director’s commentary. The single player campaign Left Behind will of course be included, as well as the Abandoned Territories and Reclaimed Territories expansions.

Pre-ordering the game grants you the following bonuses:

We’ll keep you updated if we manage to find out anything new, in the meantime take a look at the announcement trailer for The Last of Us Remastered.

I’m Load The Game’s co-founder and community manager, and whenever I’m not answering questions on social media platforms, I spend my time digging up the latest news and rumors and writing them up. That’s not to say I’m all work and no fun, not at all. If my spare time allows it, I like to engage in some good old fashioned online carnage. If it’s an MMO with swords and lots of PvP, I’m most likely in it. Oh, and if you’re looking to pick a fight in Tekken or Mortal Kombat, I’ll be more than happy to assist! Connect with me by email markjudge (@) loadthegame.com only
@@MarkJudgeLTG
Previous Assassin’s Creed 5 details leaked from parkour artists working on the game
Next Call of Duty: Ghosts gets Snoop Dogg DLC on April 22